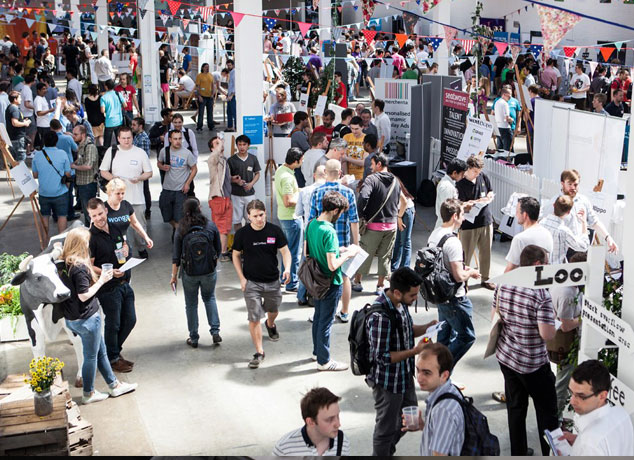 “There have been a few successful exits from the UK, but money has generally been acquired from the US.” – Steve Kennedy, Angel Investor, London tech scene veteran.

Are we lacking of investors in other parts of the world, or are they being picky? Or do we actually lack of entrepreneurs?

Niklas Zennström, the co-founder of Skype said in an answer to Sarah Lacy at TechCrunch Disrupt in Beijing, ”you failed on something, good, what did you learn from it? – if starting a company did not workout, you probably learn a lot.”

“There’s this culture in the Valley of starting a company before they know what they want to do,” as Mark Zuckerberg said. Although he was referring to the ‘short-term focus’ which he’s not very happy about, the message is clear.

Investors in the US seems to be very active in investing on new startup companies with new ideas, with hope they actually found the next Facebook. Also, Silicon Valley is the place where successful entrepreneurs re-invest back into other start-ups – multiplying the number of investors who dare to take risks.

China on the other hand, having a problem getting investment unless if a startup is working on a proven ideas (the reason why there are many copycat businesses in China). “In the US, when entrepreneurs introduce new business or idea, it’s easier to sustain but in China in a month or two, you will see a competitor of the same business model you build, copycat.” – said Kai-Fu Lee at TC Disrupt, Beijing.

“The VC attitude in the UK is substantially different so that in the US, where companies are encouraged to try and, if they fail, try something else. While in the UK once you fail you’re marked for life.” Something quite similar to everywhere else. “Getting finance in the UK is also much more difficult than the US and there may be many more conditions placed on getting the finance in the first place.” – Steve Kennedy

The big question – How do we kick-start a startup eco-system in other parts of the world? Should we encourage entrepreneurs to be active in coming up with new startups, or should we push local investors to start investing in early-stage startups?

Steve Kennedy seems to have found the answer, and is making an effort to kick-start the UK tech eco-system through his new venture CityMeetsTech, “an initiative to get the City of London banking community to invest in technology start-ups”. CityMeetsTech will host its first event on December 1st at law firm Taylor Wessing‘s offices in London, with aims to get high net-worth bankers excited about investing in early-stage tech startups.

At the event, there will be a number of talks highlighting benefits of investing in tech startups and how investors can offset risks, knowing that investing in startups can be risky. The event aims to change London investors’ perception towards tech startups, and encourage them to look seriously through the evening “educational event”.

“We have to make it work and get city investment into TechCityUK and further improve the tech culture that’s already there and really make it a contender to Silicon Valley.”

A great effort we hope will come to fruition. The approach may or may not work in other cities with different cultures, but will definitely be a heads up to all bankers. CityMeetsTech will take place in London, see the full schedule here.

El Chapo may be headed to club Fed!