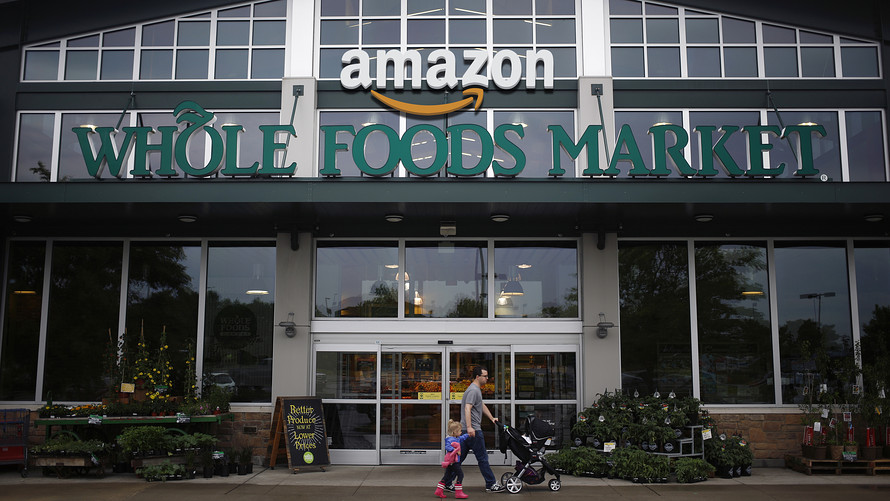 Walmart’s surprising strength in grocery sales has put Amazon in a corner. In the third quarter of 2017, Walmart’s earnings outstripped analysts’ projections, and its food business was a major factor in this booming performance.

Brett Biggs, Walmart CFO, said online sales were up 50 percent for the quarter, and same-store sales jumped 2.7 percent. While the public perceives Amazon as the dominant online retailer, Walmart has begun to challenge that position. In addition, Walmart has hundreds of physical stores, and Amazon does not.

Consequently, Walmart can create a connection between the online shopper who picks up his order in a store and buys something while else he is there. The purchase of Whole Foods by Amazon is an attempt to rectify this situation. As a result of this acquisition, Amazon gains all of those retail stores, which coincidentally happen to be in high-income zip codes.

Amazon did not buy Whole Foods just to be in the grocery business. It made this purchase because it needed physical retail locations to compete with Walmart. While Amazon and Walmart are strong competitors for online sales, Walmart has a huge advantage because of its stores.

After completing the purchase, Amazon cut prices on numerous items at Whole Foods. The result was an immediate in foot traffic in the stores. A survey from the market research firm, Thasos Group, showed that this increase came mostly from Walmart customers.

Nevertheless, Walmart has continued to have success, even in the face of this shift in customer traffic and Amazon’s new efforts to stimulate grocery sales. Walmart’s strength is the reason Amazon had to do something to compete on Walmart’s territory and move into physical locations. A side benefit of these stores is that Amazon can also use them as mini-warehouses to improve its last-mile delivery program.

Even with its domination of online sales, Amazon has to respect and confront the competition from Walmart. This is an interesting reversal of the situation where the threat of Amazon getting into the prescription drug business prompted the merger plan between CVS and Aetna.

Toys R Us to Shut Down 25 Stores