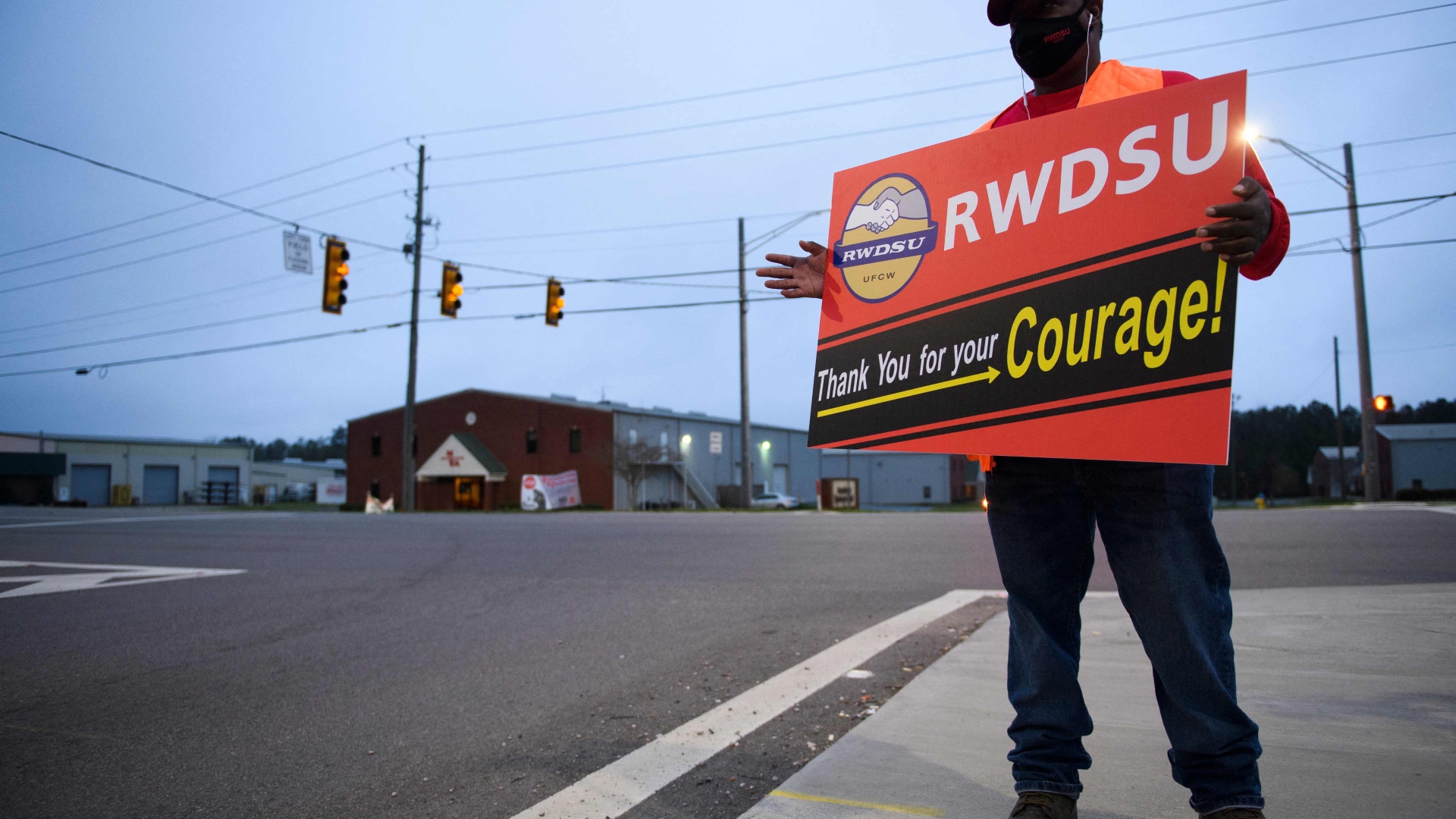 The Retail, Wholesale and Department Store Union alleged that Amazon was involved in illegal ways to obstruct “free and fair” elections at one of the company’s warehouses in Alabama. The union registered to the National Labor Relations Board said on Friday, accusing the company’s interference in the elections.

The union stated in its complaint that Amazon impeded the closely monitored campaign earlier this month at the company’s Bessemer warehouse. The warehouse employees profusely rejected joining the RWDS union, as the tallied votes for the union are less than 30 percent. Though some labor unions in Europe organized the company’s workforce, that hasn’t still happened in the US.

“The objections constitute conduct which prevented a free and uncoerced exercise of choice by the employees, undermining the board’s efforts to provide ‘a laboratory in which an experiment may be conducted, under conditions as nearly as ideal as possible, to determine the uninhibited desires of the employees,” said the RWDS union on Monday.

The union, in its filing, cites 23 objections relevant to the company’s behavior throughout the month-long campaign of the union. The allegations also included employee manipulation and intimidation. The union’s statement from Monday further read that it requested the NLRB for a hearing to put forth all of its allegations against Amazon.

A spokesperson from Amazon, Heather Knox said that the vote tally showing less than 16 percent of employees’ vote for the union is the fact.  Instead of accepting the workers’ choice, the union is trying to proceed with driving its agenda by misrepresenting these facts. While the NLRB turned down to comment on the issue, Heather also said, “We look forward to the next steps in the legal process.”

The RWDS union outlined a series of obligations in its filing that included claims saying the company questioned and dismissed a pro-union worker for distributing the union’s authorization cards in non-working areas. This is a right protected by the federal labor law, said the union.

The allegations from the union said that Amazon scared the workers over widespread layoffs through messaging. Two workers at the warehouse in Bessemer previously said that the company indeed threatened pay and benefit loss in case the union won the votes.

Previous statements from Amazon state that the company emphasized that the union can go for strikes and informed the employees about all the significant outcomes from these bargaining discussions.

The regional director at NLRB is likely to review these allegations in the coming weeks, wherein both parties can present evidence.

Blueprint for Big Tech crackdown gets approved by the Judiciary Committee