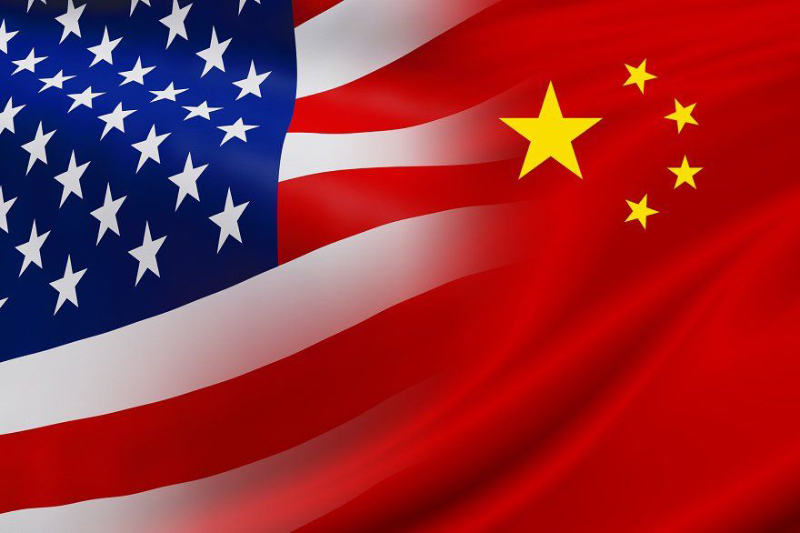 There are fresh indications of tension between the U.S. and China, notably in relation to hot buttons like support from Taiwan and China for Russia’s invasion of Ukraine and the ongoing global economic and geopolitical rivalry.

Economic war between the two global heavyweights is becoming increasingly likely as China pursues a bigger global role. This unavoidable confrontation will significantly impact American businesses, particularly those in the tech sector that serve the American military in a crucial way.

Consider the most recent instance where a significant American technology company was forced to scale back some of its business in China. Apple recently declared that it had postponed plans to incorporate computer chips manufactured by Yangtze Memory Technology Co. in its upcoming devices.

The action follows the Biden Administration’s limitations on American involvement in China’s semiconductor market. As a result, many other American technology companies are likewise transferring their production overseas and pulling their investments and goods off the domestic market.

That appears to be a reasonable reaction to the international scenario.

Apple and other companies are becoming more aware that American tech companies will be required to “pick a flag.” Doing business in China is no longer a good idea, despite what the firms will have you believe. China has a history of using technology to remove content that is harmful to its government. Examples include erasing online comments critical of its leaders or removing images of “Tank Man” that were momentarily taken down from Microsoft’s Bing search engine.

As the nation moves closer to authoritarianism, unfettered technology and free censorship are fading away.

Although it makes sense for tech companies to avoid locations where they can’t freely operate their platforms and systems, many American tech companies are nevertheless moving in the opposite direction. Thanks to the expansion of IBM, Microsoft, Amazon, and Facebook, China now contributes a sizeable amount of its revenue.

Despite the blatant censorship and threats to their liberty, they all appear prepared and willing to establish tight ties with the Chinese government in an effort to continue being financially successful in the nation. The risks associated with this commercial tendency are growing for our main government agencies and American consumers.

This is extremely troublesome since the American military depends on these technology businesses for its own operational capabilities. American tech companies are heavily involved in the national security enterprise. Be it through the cloud services that Amazon offers to the intelligence community, Apple developing military wearable gear, or the Pentagon giving Microsoft the $10 billion JEDI cloud computing project (which it ultimately canceled in 2021).

However, when the economic struggle intensifies, it will be challenging for them to pick a side as hostages to the enormous sums generated in China – and potentially disastrous to national security if they select incorrectly.

It is astounding to note the deep dependence of technology sector on China. For instance, Amazon has remained in a strong relationship with the Chinese government. They even collaborate with their propaganda department and change their business practices to suit China’s strategic objectives. 10% of all A.I. research laboratories owned by other businesses, including Facebook, IBM, and Microsoft, are located in China, and such investments are growing.

Microsoft announced the construction of four data centers there earlier this year, bringing its total number of facilities in China to nine. The Microsoft Research Asia facility in China has been referred to as the “cradle of Chinese A.I.” and “had a significant role in both Dahua and Megvii’s growth and development.” Both companies have a history of monitoring and repressing China’s ethnic and religious minority.

Also, Microsoft recently celebrated its 30th birthday as well as its entry into China less than a month ago. Simultaneously along with this celebration, news broke that Microsoft Exchange had been hit by Chinese state-sponsored hackers, putting the security of roughly 30,000 American organizations and governments in danger.

What can we anticipate for the future? How can tech firms lessen their reliance on China while protecting American national security if, as has been argued, they may soon be required to select a flag? When it comes to defending its own security interests, should the American government be even more assertive?

The pattern is obvious: the tension caused by dual loyalty will soon force a decision. Amazon, Microsoft, and others will face the consequences if they continue to run and expand their operations in both nations. It appears certain that the U.S. and China would engage in economic conflict. We may hope and anticipate that American tech companies would honor history by supporting the nation where they could thrive and expand. China is undoubtedly a sizable market with boundless growth potential. However, American tech companies cannot have their cake and eat it too.

They may go for Chinese expansion or decide to support and expand their business operations in the United States. In many ways, their decision will determine our nation’s future regarding technology and security.

5 Ways to succeed in Online marketing