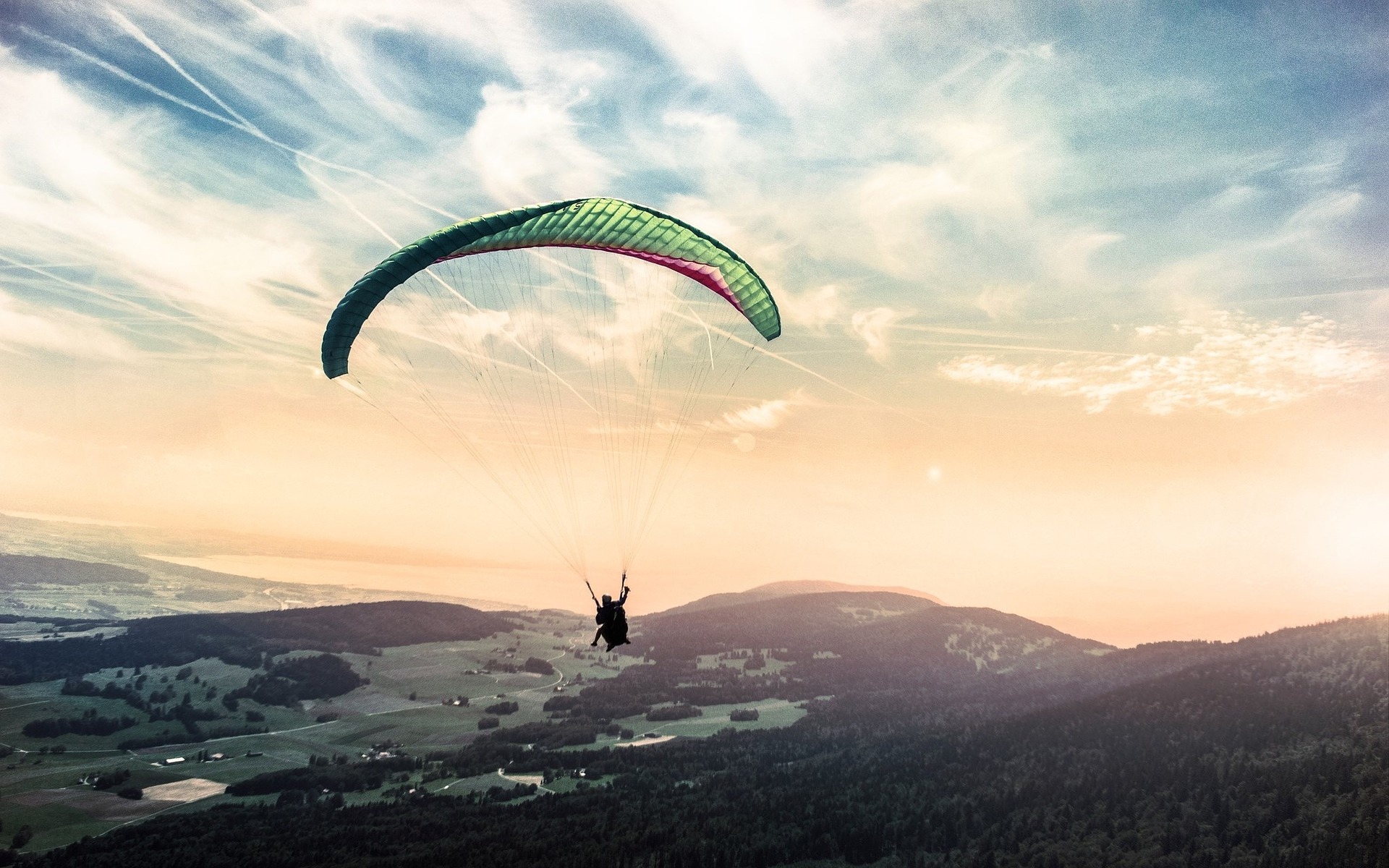 A parachute is a device that creates drag to slow the motion of an object through the atmosphere. Although several types of parachutes are present, almost all of them are usually made out of light, strong fabric, originally silk, now most commonly nylon.

They are usually dome-shaped, but they can also be rectangles, inverted domes, or other shapes. Parachutes can carry a wide range of cargo, including people, food, equipment, space capsules, and bombs.

If you are an adventure – seeker who also loves skydiving, BASE jumping or any other extreme sports that involves parachutes, then you must know about the parachute types. Here’s a quick list of the various parachute types.

The first fabric proper tools were round parachutes. If you picture a parachute as a large, inverted pouch of fabric suspended over a helpless jumper, you’re thinking of a round parachute. Round parachutes served a purpose for a long time (and still do in some particular circumstances), but a few flaws in the design eventually caused them to become obsolete.

Cruciform parachutes are a subset of round parachutes in some ways. They aren’t exactly extinct, but they aren’t the modern square parachutes that we use for most purposes today. The difference is that their squared-off profile reduces oscillation, which results in fewer landing injury rates for the helpless jumpers and cargo below. The bump at the end is about 25% softer than the cruciform’s rounder cousin, but it’s still not as good an idea as the modern skydiving parachute, so it’s firmly in the military.

In sport skydiving, you’ll rarely see a rogallo parachute, but you might see one in paragliding, where they’re commonly used as rescue parachutes. The wing design is instantly recognizable: two partial conic surfaces with both cones pointing forward, resembling a hang-glider. The Rogallo wing, springy and flexible, is most commonly seen in toy kites but has also been used to build decent parachutes for spacecraft and provide an airfoil for ultralight powered aircraft like trikes.

These are one of the most widely used types of parachutes. You’ll be staring at the venerable ram-air parachute from afar. Ram-air canopies are used by almost everyone in the sky today to get down. A square or rectangular fabric wing with a top and bottom sheet of nylon attached by a set of fabric ribs between them is instantly recognizable.

A ring-shaped parachute (or a series of concentric rings) pulls the apex close to the load. They have a lower drag coefficient than standard round parachutes. The vents’ position in the back can give the jumper a lot of forwarding speed on the way down.

The proper parachute was first documented during the Renaissance period. An anonymous manuscript from the 1470s Renaissance Italy contains the oldest parachute design, which depicts a free-hanging man clutching a crossbar frame attached to a conical canopy.

From selecting the right canopy to choosing the right gears, as a skydiver, you have to take a lot into consideration. To begin with, just choose the perfect parachute for yourself.

Whether you’re a first-time jumper or an avid sky-diver, we hope you find the right parachute to help you have a safe landing. Test your skills with different kinds of parachutes. Find a safe landing and walk away with confidence.