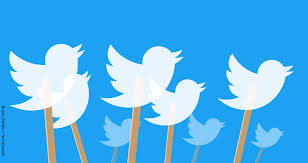 Twitter Inc, on Monday, announced that it would launch ticketing to the “Spaces” feature. The feature would allow users to charge others for entering their audio rooms, aiming to improve the number of content creators on the platform.

Until recently, people who were a part of the pilot testing program were able to use the feature to host their spaces. From Monday, the company said that any user with more than 600 followers to their handles can become a host.

Spaces feature from the company was launched last year to rival with Clubhouse application. This app kick-started the audio chatting feature and grabbed celebrities’ and entrepreneurs’ attention. However, it is only limited to an invite app.

In the next few months, the social networking company said that some users will gain the access to sell tickets for accessing their Spaces. Twitter said that these users will also be able to decide the number of tickets to be made available along with their pricing. While the majority of these earnings would remain with the users, the company said it would only earn a little.

The new feature from the company is believed to be a part of its move towards becoming a significant part of the ‘creator economy,’ since influencers’ and freelancers’ earnings from platforms like Substack and YouTube are constantly growing with time.

Facebook Inc. also shared its ideas of launching new audio chat features last month. The company also added that it is trying to allow listeners to tip their hosts.

The company recently acquired Revue, a newsletter platform as a move to provide the latest content on its website. Reports say that the company also acquired Scroll, a news-based start-up firm with a motive to improve the subscription count.

The Scroll is a platform that allows its users to subscribe and read news from different sources including Buzzfeed, USA Today, Insider, and others. All the news items can be read without ad interruptions. Through this deal, Twitter wants to create a new subscription feature allowing users to access premium features from different news sources.

The recent developments in the company happened after the drop in its revenue due to not focusing on digital ads. Mandeep Singh, an analyst at Bloomberg Intelligence said, “It goes to show that probably Google and Facebook had more exposure to e-commerce advertising than Twitter.”

Twitter announced last month that the company’s revenue would be disappointing as the value dropped 13 percent. There was a sluggish turn to the company’s advertising business giving experts the sign that the company hasn’t entirely capitalized on the rise of digital ads unlike its rivals Facebook Inc. and Google Inc.

The company added that the users’ count on the platform grew 20 percent to 199 million, which is nearly 7 million users more when compared to the previous quarter. The values almost matched with the company’s estimate, just like its revenue.