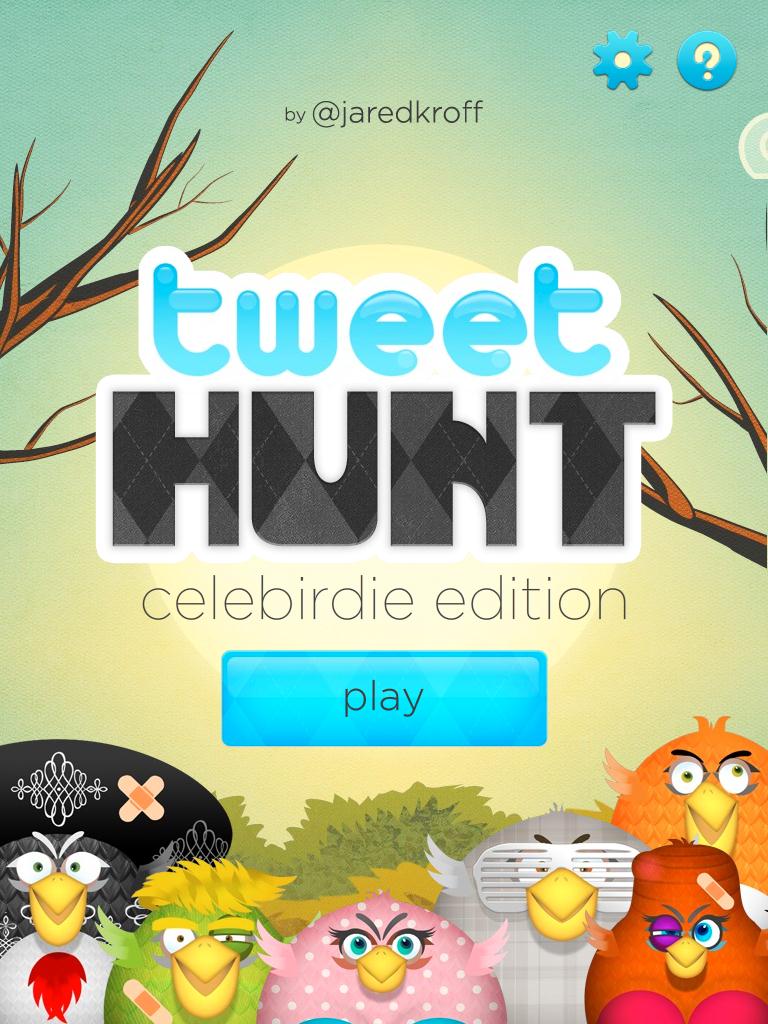 The number of people using Twitter around the world are only growing with 140-character status keep revealing every major and minor happening in every person’s life, every minute. Now, iPhone and iPad allows you to “fight” back at those tweets, with a bit of Angry Bird style.

You can see a bunch of Angry Birds’ relatives, bean flying birds inside Tweet Hunt. They symbolize those real tweets that only someone thought was supposed to be shared out to every corner of the world. So, it is a shooting gallery app to aim and shoot at the flying birds via a slingshot. In order to advance to the next level, you will need to shoot enough Tweets.

A cute blue whale, which we always see during Twitter “out-of-service” moment, will be floating around in the background. It is named as “Fail Whale” and if you are capable and skilled enough to hit it, you can do some major damage to the tweeting birds. When things get tight, therefore you can aim at it to kill all tweet flying birds on screen in one shot.

Besides, you can choose to use Classic version (free) or another popular Celebirdies version (99 cent).

Classic: It lets you hunt at current trending topics like “#icantgoadaywithout”, “cosmic panda”, “watching harry potter” or “justin won”in a reference to the Bieber’s recent Teen Choice award. There is a change in topics store, in accordance with Twitter trends.

Celebirdies: Another level that you can battle with famous celebrities, which sounds Celebirdies in this version. It provides you an extra layer of satisfaction when taking on famous Twitter users like @stevemartintogo, @charliesheen and @snOOki. Moreover, you can earn points allows you to unlock more celebrities.

A simple gaming concept, powered by Twitter, is designed interestingly and manages to give players various difficulties as you able to feel it through different levels. The colourful bean flying birds is additionally the most appealing graphic interface. Its size is 20.1 MB. Supporting languages across countries, it is compatible with iPhone 3GS, iPhone 4, iPod touch (3rd and 4th generation), and also iPad.

This unique and fun app would target those who start bored with Angry Birds, and more importantly anyone who feels sick of all tweeting trends going on. This will credit to Jared Kroof for his amazing flash work and waiting for its Android edition. It is available today on iTunes App Store.

Banjo: Find friends and people (or stalk location) near you [apps]