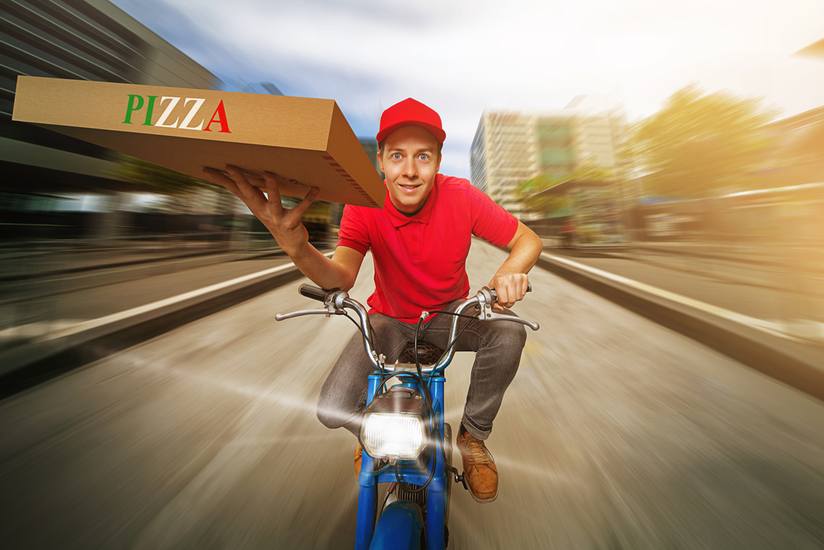 The future of the American pizza delivery and takeout business is being reshaped by chat bots, online payment systems and social networks such as Facebook. According to a news report published by Forbes magazine, pizza giants such as Papa John’s and Domino’s are forging strategic partnerships with tech firms that will give them an edge among younger customers who have grown up with mobile devices.

With restaurant technology increasingly turning towards the mobile sector, pizza delivery is leading the way. More Americans are becoming attuned to the idea of tapping and swiping on their smartphone touchscreens not only to place their orders but also to pay for meals. The Chief Marketing Officer of Papa John’s has explained that his company is transitioning into an e-commerce business as more than half of all orders are now coming from the Facebook app.

Rival pizza delivery operations by Domino’s and Pizza Hut are also turning to social media to increase their digital presence, and they are doing it through Twitter and Facebook Messenger. Domino’s has gone one step further with voice-activated apps that allow customers to place their orders using Google Home and Amazon Echo smart home speakers.

It is interesting to note that pizza delivery chains are not alone in this push to align their operations with social media and electronic payment systems. Casual dining chain TGI Friday’s now lets diners pay for their meals and beverages via the Amazon Payments electronic wallet. McDonald’s has partnered with transportation service Uber to handle deliveries through a mobile app that unifies both companies.

Digital advertising will also play a part in the e-commerce future of the pizza delivery, fast food and casual dining industries. Companies are very interested in making it as easy as possible for customers to place orders and pay for them in response to online advertising; for example, a Papa John’s Facebook ad offering a coupon for takeout orders can become fully interactive when customers tap on it from their smartphone screens.

To a certain extent, the ability to order meals and pay for them through a social media app is something that has been around for a while in China. WeChat, a cross-platform instant messaging app with numerous social media and e-commerce features, is extremely popular among Chinese netizens due to its multifunction capabilities, and this is the direction that Facebook and competing social networks are trying to adopt.

The Freak Out About Taylor Swift’s Social Accounts