FindTheBest has recently completed a round of financing worth $6 million from Kleiner Perkins Caufield & Byer via sFund. According to the founder of FindTheBest, Kevin O’Connor, the fund... 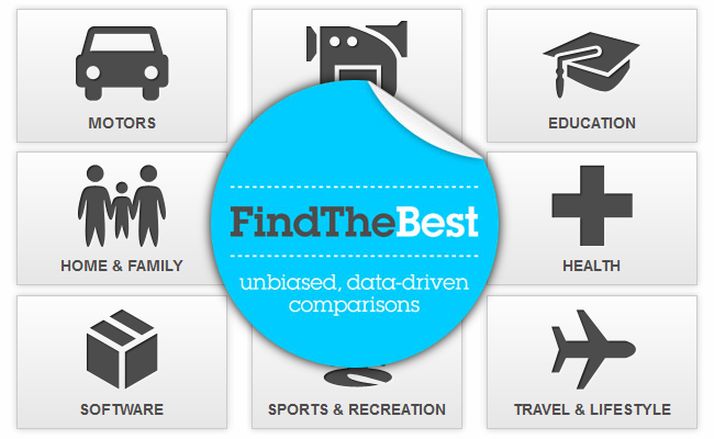 FindTheBest has recently completed a round of financing worth $6 million from Kleiner Perkins Caufield & Byer via sFund. According to the founder of FindTheBest, Kevin O’Connor, the fund will be utilized to launch a network vertical comparison sites and expand the site globally.

FindTheBest was launched in August 2010 by O’Connor who is also the founder of DoubleClick which was sold to Google for $3.1 billion. With its first anniversary coming next month, FindTheBest has attracted 2 million unique users per month.

FindTheBest is developed with comparison and decision engine in mind with the objective to help consumers to get the best deals over the Web, and provide more information on the product. The engine is design to be objective in nature and dig from publicly available data sets. Generally, the engine is built to serve up comparison grids for everything, from magazine subscription to headphones, and from branded shoes to smartphones.

On the other hand, Decide.com is also a new startup website that predicts the future price of electronic devices as well as foretell on the upcoming devices while Sparkbuy  is an online service with the ability to allow users compare the prices and features of various electronics gadgets (sold to Google)

According to O’Connor, the building of over 450 comparison apps in the engine are indeed done by them, however FindTheBest also encourages consumers and companies to play their role by adding further information as well as add ratings and reviews. The FindTheBest site will start to promote these consumer editing features soon. O’Connor also added that they might sort and filter the items based on friends’ input.

The $6 million Series A round of financing was done in two parts, with the first round of $2 million was completed early December last year.