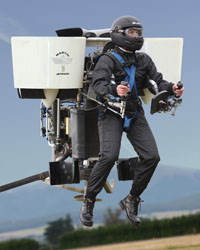 There must be something in the water, judging by the way New Zealand keeps breeding successful software, technology and web start-ups.  But overcoming distance from major consumer and investment markets is a substantial challenge for Kiwi tech companies that often begins with building relationships to both consumers and investors in the United States.

Unquestionably, the South Pacific island nation of 4.5 million inhabitants punches above its weight on the world stage in terms of digital content and creativity. Billionaire PayPal founder and early Facebook investor Peter Thiel thinks so too and has established Valar Ventures, a fund specifically investing in growth phase New Zealand tech companies. Valar already invested in Xero, a SaaS accounting product and Pacific Fibre, a telecommunications company planning to build a high speed fibre network linking Australia, New Zealand and the United States. Thiel visits regularly and it is thought there are other deals in the pipeline.

The United States is a key destination for most tech start-ups and especially those from New Zealand where the domestic market is relatively small. Fancy flying yourself to work each day? The Martin Jetpack is an ingenious product that recently took off with the backing of a local VC. The Jetpack has already attracted serious interest from American military and emergency services organisations.

Like many Kiwi tech firms, Martin founders and employees chose to base in New Zealand for lifestyle reasons. Martin performs R&D locally, but has a marketing arm in the U.S.

Consumer web product offerings such as Ponoko,  iWantMyName and MusicHype are also making inroads into the United States. Ponoko provides software that enables “virtual manufacturing” and hosts a “maker marketplace” for users of its product. The company recently signed up Wired magazine’s Chris Anderson to its advisory board.

iWantMyName is a next generation domain registrar with a strong following amongst developers and technophiles in Silicon Valley. MusicHype built a “social commerce” platform that allows musicians and fans to connect and engage. With the American entertainment industry firmly in its sights, the company recently set up a branch office in Los Angeles.

It seems that getting close to your U.S. customers and partners has never been so important for ambitious tech firms.