Google released its disappointing Gmail app for iPhone and iPad. Both were buggy and in the end it had to pull its applications back. Ironically, Sparrow for Mac app will... 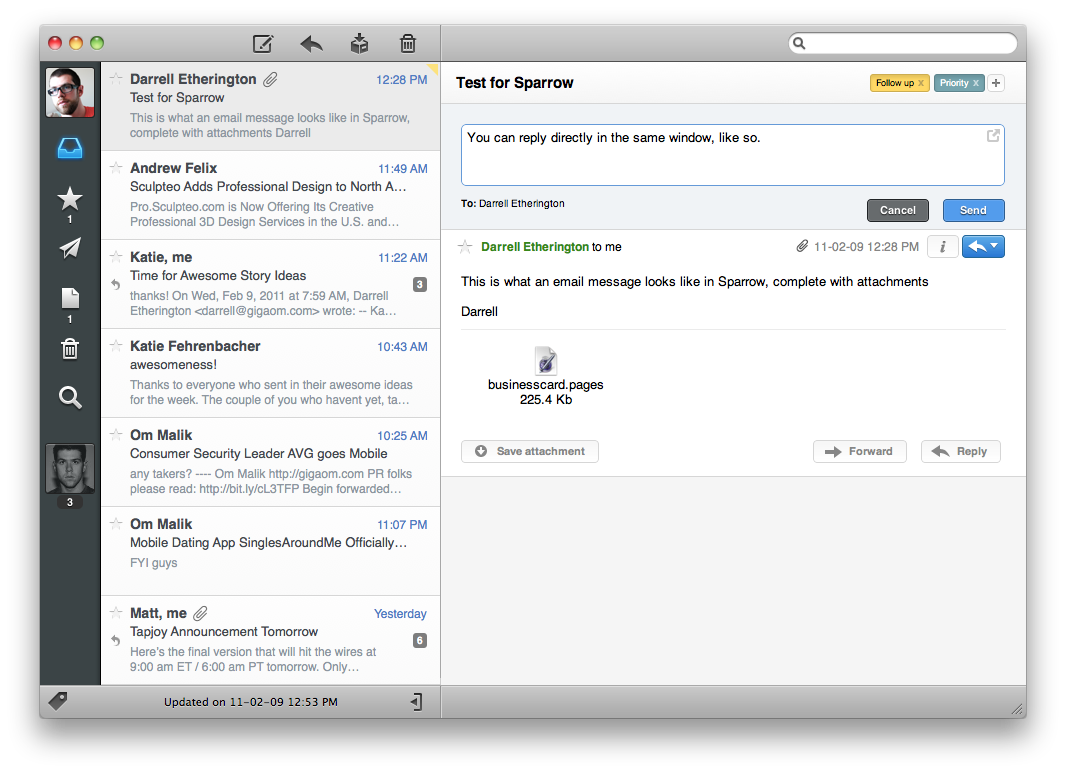 Google released its disappointing Gmail app for iPhone and iPad. Both were buggy and in the end it had to pull its applications back. Ironically, Sparrow for Mac app will be available soon for iPhone too in a-few-month times.

Those circulating rumors about iPhone version of Sparrow are validated now. Sparrow team is putting the “final touches” on the back end and basic interactions for users, according to BusinessInsider. Heavy usage testing will begin in about a week, following by tons of fine tuning and meticulous refinements.

Dominique Leca, Sparrow developer said that it will provide users efficient and playful experience. Spending less time on mail continues as Sparrow’s wonderful characteristic. From Google’s instance, Leca will ensure if the UI makes sense on the iPhone during its design. His focus is efficiency.

You should not first time hear this name, Sparrow. It is an awesome email client for Mac users. It supports Google Mail, Yahoo! and AOL, as long as any custom IMAP server. Within a few months from official release date, it became #1 paid app in U.S., France, U.K. and many other countries.

You could access multiple email accounts in a unified mailbox. As well as its clean and neat interface, you will be impressed by its lightweight and fast responsiveness. This explains why many users willing to pay for it when they can freely manage their mail in traditional web browsers.

A teaser image of Sparrow for iPhone gets people excitedly waiting for it. iPhone will be able to own a pleasant Gmail experience soon. Prove its review first with the full version of $9.99 or free Lite version from Mac App Store.