Investing in real estate homes is a dream we all have. The prerequisite for investing in a home is its physicality. If the home exists, you can live in... 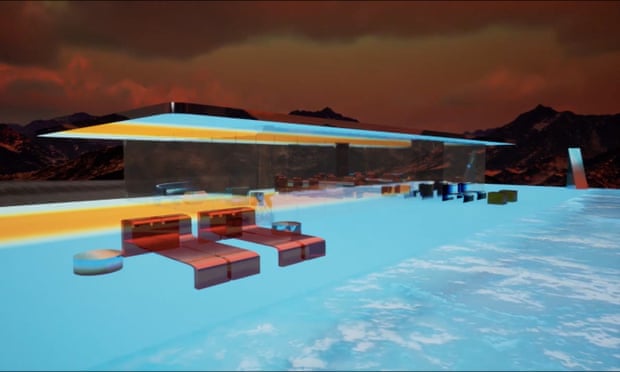 Investing in real estate homes is a dream we all have. The prerequisite for investing in a home is its physicality. If the home exists, you can live in it. But, only us mortals can have such regular real estate goals and attainable dreams. What if you were told that someone bought a virtual home for $500,000?

As bizarre as this might sound, virtual homes are DFTs (Digital Files Traded) just like crypto currencies. It is a trend that is becoming an increasingly popular trade. NFTs are being traded like other crypto currencies and being swapped on the same lines. They have their share of differences.

The major difference with crypto currencies and NFT is its exclusivity. Every NFT is unique to its very existence and is just one to exist. When you buy a NFT, you are the only individual possessing that in the world. (Well, it still can’t be seen, touched or felt, but you get the point).

CNBC revealed recently that an artist called Krista Kim earned 288 ether for selling an NFT-minded digital house. Yes, a home totally digital and can’t be lived in. The value of 288 ether is around $500,000. Let that sink in.

In an interview with CNBC, Kim revealed, “Right now, a lot of the [NFT} art that’s currently available on platforms, it’s a very limited parameter of how you can present the art.”

She further revealed that the presentation of the ‘house’ is in the form of a digital file, video on the screen or even a beautiful drawing. “But my intention was to look beyond that,” revealed Kim to CNBC.

The house so sold is called the Mars House. The important aspect of the house is that it can be viewed in virtual reality or augmented reality. The house can be uploaded by the buyer as a file and can be explored through AR or VR goggles. We are still not able to fathom why Elon Musk didn’t buy this house yet.

Musk has also an active trader of NFT. He is selling a techno song made by him as an NFT.

Kim further adds more context into this transaction stating, “I actually foresee that we will be living in an augmented reality lifestyle within a very short period.”

Wondering if this is the first collosally wacky amount that someone has paid for a NFT? Well, that’s not the case. The Founder of Twitter, Jack Dorsey, is also selling his first ever tweet in NFT format for millions. Fashion label Gucci is also selling virtual trainers that cannot be worn.

So, we are living in a world where people are buying virtual apparel they can’t wear, living in virtual houses they can’t actually live in and flaunt it all to a neighbourhood that can’t exist. So, money can’t buy everything after all, or can it? In such a mix and match of reliaties, what is real anymore? Money, homes, songs, sneakers, tweets, you don’t need to actually possess it all, but you can still possess it.

Are you ready for Yahoo Plus Yet?

Nicole has worked as a technical blogger for over 5 years now. She’s easily impressed with new gadgets and gets giddy anytime there’s something in the market , much to the embarrassment of her coworkers.
No Comment