IntuitionHQ co-founder Jacob Creech got the shock of his life recently with a phone call explaining he had just won an all expenses paid trip to San Francisco. The... 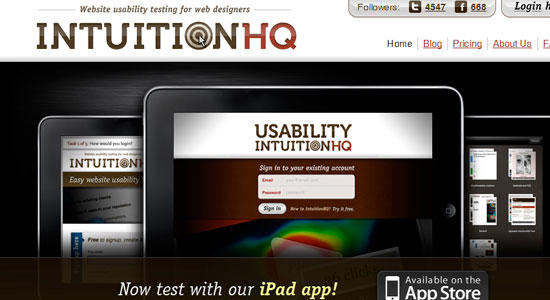 IntuitionHQ co-founder Jacob Creech got the shock of his life recently with a phone call explaining he had just won an all expenses paid trip to San Francisco. The prize was part of a competition to help web start-ups get up to Silicon Valley and get engaged in the market.

IntuitionHQ offers a web usability software-as-a-service product that has received positive reviews and is taking off in the United States. But with their competitors already validating by securing funding and making revenue inroads globally; owners of the Wellington, New Zealand based start-up realised they needed some face time with potential partners and users. That’s where Booster Seat came in.

Booster Seat was the brainchild of Rich Chetwynd and Nicole Fougere who recently made a successful exit of their company Litmos when it was acquired by Callidus Software, a Nasdaq listed and Silicon Valley based company. The pair understood the importance of making connections in the Valley and wanted to give something back to start-ups that were attempting to go global from New Zealand. Booster Seat received dozens of applications after offering air tickets and a month’s accomodation for an aspiring web company.

With the New Zealand tech start-up scene undergoing somewhat of a renaissance at present, Booster Seat nicely leverages the Kiwi presence at Landing Pad, a tech venture accelerator based in the trendy South of Market district of San Francisco. Landing Pad is backed by the New Zealand government and a dream team of serial entrepreneurs and investors from the New Zealand tech scene. The IntuitionHQ founders are planning to head State-side in November to enjoy an intense month of networking and schmoozing.

Startups: Go Try It On raised $3 million of funding

What is Mobile Payment [Infographic]