Why Silicon Valley Will Never Die

First it was semi-conductors, then it was the internet, now it is mobile and apps. Soon it will be cryptocurrency and health tech, at least according to Elad Gil... 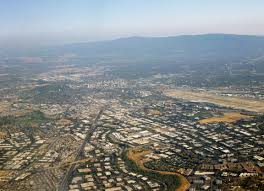 First it was semi-conductors, then it was the internet, now it is mobile and apps. Soon it will be cryptocurrency and health tech, at least according to Elad Gil of Color Genomics. The founder and tech leader discussed Silicon Valley’s intense innovative cycle with TechCrunch’s Sarah Buhr. A valley veteran since 2001, Gil was drawn to Silicon Valley after graduating from MIT with a PhD in biology and other degrees in mathematics and molecular biology. But the post-dotcom collapse and the war on terror interrupted his plans. Even with his degrees and intellect he had problems finding a job. But with the help of others in the tech world he was able to stay in the valley, ultimately finding employment at Google, Airbnb, Pinterest and other tech companies.

Gil told Buhr that Silicon Valley will never die. He points to its boom-bust history as evidence and contextualizes it within a business framework, stating, “Just like there’s a business cycle, there’s a venture cycle, and innovation cycle. You end up with these gaps, and I think we’re just going through a period where there’s less obvious things.”

Right now those less obvious things are cryptocurrencies, which Gil believes are on the verge of becoming mainstream in much the same way as users began adopting internet credit card payments back in the late ’90s.

The other “thing” is Gil’s industy, health tech. The founder of Color Genomics, Gil aims to use tech to better facilitate communication and data-sharing between doctors and patients. He came up with the idea when he asked his doctor if he should take genetic tests, based on his own genetic history. His doctor agreed he should, but Gil was struck by the fact that he had to act as his own advocate. His company aims to make this easier for patients by providing them with their own genetic tests. They can share information with the their doctors. Doctors can also refer patients to the service.

In terms of adoption, Gil sees the price-points for self-service genetics testing coming down. He knows that in order for the tech to be effective, and in order to ride the next innovation wave, the technology requires mainstream adoption. That’s the next step. And he’s taking that step from a headquarters in Silicon Valley because why leave a place that will never die?

AeroMobil Plans to Bring Flying Cars to Market by 2020