“It will not be long before every home in the developed world will be dependent on their IoT-connected devices.” - Jason Hope

Perhaps it’s the very heat and dryness of the desert that makes the discovery of an oasis special. This appears to be the case, at least, with the tech industry in Arizona: the southwestern state now boasts one of the most burgeoning technology hubs in the nation. And the smart money has begun to take notice.

In June, Time magazine itself rated the city of Phoenix as the nation’s third-strongest for technology jobs. The same article cited a 188 percent increase in field-related industry. Tech workers in the state currently enjoy a formidable average wage of $97,000, and hometown favorite Arizona State University recently notched the top spot in a U.S. News & World Report Survey as No. 1 Innovative School in the nation.

The Arizona tech boom according to a Scottsdale tech entrepreneur

If you’re asking Scottsdale-based entrepreneur, philanthropist and self-described futurist Jason Hope, nobody should be surprised – especially when it comes to the Internet of Things.
Hope and others at the forefront of the industry employ the term to describe the ubiquity of access so prevalent our lives – smart phones that text, Facebooks that feed, tablets that Snap, and anything involving Bluetooth and your home air conditioning are but a few examples of the ways in which technology has integrated into nearly every facet of modern society.

Remote-controlled security systems, network-centered home automations, and other common appliances are becoming less an anomaly and more something that the modern consumer expects to be singularly linked. We’ve already begun to see nationwide advances in traffic and transportation with the advent of companies like Tesla, self-operated cars and trucks. And when is the last time you’ve bought a coffee somewhere that didn’t have a Snapchat handle featured on the container?

Powerful as they are, these elements but describe the present. The future, more so, is what holds seasoned tech Hope’s interest as he describes in an interview, “The fact that IoT technology is becoming viable really excites me.” The future of IoT

Futurists like Hope acknowledge the financial exclusivity of some of these advances; it tends to be the case with cutting-edge technology – there’s a lot of research dollars that are put into developing new processes, and materials required for their development and manufacture are not always so easily found as a trip to the local Radio Shack.

This basic example of supply and demand is in part what makes IoT growth in areas like the Southwest and particularly Arizona exciting. As tech industry presence in Phoenix alone has nearly quadrupled, the city’s job listings are dominated by data analysts and software engineers and developers.

In the minds of futurists, growth in these areas adds up to a singularity and connectedness that everyone will soon enjoy – the more common the industry, the more common and available the product.

“It will not be long before every home in the developed world will be dependent on their IoT-connected devices,” Hope said in February. “I see IoT making a huge difference in our society.”
For cities in the desert, things continue to look up. Prescott, Tucson and Flagstaff boasted metropolitan-area unemployment rates in the lower two-thirds of the nation in 2016 at 4.9; 5 and 5.7 percent, respectively. Phoenix outstripped them all with a rate of 4.7.

And the contemporary rate in Hope’s home of Scottsdale? A humble 3.3 percent as of April. To put it another way, 96.7 percent of the city’s residents are employed. And more than half of them have bachelor’s degrees.

Still, history indicates that investors usually seek more fact-based platforms when it comes to committing millions in portfolios. And there’s investing happening in Arizona: In the first two quarters of 2017 alone, state-based companies received $122 million, according to AZ Big Media. This good faith of investors, coupled with government cooperation, has created a perfect storm in tech-related industry: the recent passage House Bill 2191 authorized $10 million in capital infusions for startups, the site reported.

In light of a field immersed in IoT, experts view these developments as more of an eventuality than some fluke or surprise, especially in the case of startup hubs like Scottsdale and Phoenix.
“The bigger the company, the slower they move,” said Thulium.co CEO Tamara McCleary in a blog post for IOTI.com. “That is why startups have such an advantage.”

For experts like McCleary – and Hope, out there in the desert – the oasis certainly seems to lie these days in the Internet of Things. 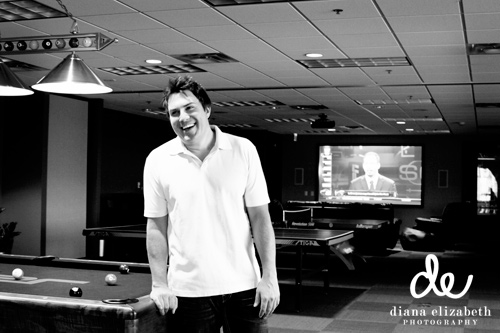 Jason Hope is an Arizona-based tech, entrepreneur, futurist and philanthropist. A finance graduate of Arizona State University and MBA-holder from the school’s W.P. Carey School of Business, Hope recently donated $500,000 to the SENS Foundation, a nonprofit dedicated to researching rejuvenation biotechnologies related to addressing age-related diseases. He resides in Scottsdale.

Bitcoin Hits Yet Another Fork in Attempt to Limit Power Miners