The hackers attacked the network of Buffalo’s schools using a malicious code that froze the computers, making it impossible for the teachers to connect with their students through the live classes. 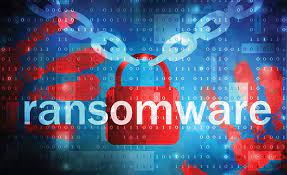 All the live classes at Buffalo Public Schools stand to still when the teachers saw a ransomware attack on their computers. The hackers attacked the network of Buffalo’s schools using a malicious code that froze the computers, making it impossible for the teachers to connect with their students through the live classes. The hackers demanded a ransom to fix the network back to normal.

“It’s very frustrating. You think, how could this happen? You wonder if your information is secure,” Sanders said, who has three children who go to Buffalo’s school. “It’s just the headache of Covid as it is, and it’s adding to the stress of the school year. Like what else could happen?”

After the attack, the school administration immediately canceled the remote classes for the rest of the day, but it took more than a week to bring back the planned class schedule.

In public statements, the school administration classified the incident as a “cybersecurity attack.” But it was more than just internet vandalism. The frequency of such ransom attacks is increasing every few months and such incidents are posting threats to other schools located in Buffalo. There are 63 schools and learning systems in the locality.

The increase in the frequency of such cyberattacks is also an indication to enhance cybersecurity in all of America. Apart from targeting large businesses, the cyber attackers can also go after other institutions that don’t have adequate security staff or an expensive cybersecurity contract to protect their network. These institutions include hospitals, city and county governments, and small business offices.

For many cyber attackers, schools are a soft target. During the covid pandemic, the FBI has issued a warning that there’s a spike in the ransomware attack on the schools, but they can’t do much about it because they have only limited power to stop these attacks.

Emsisoft, a cybersecurity company has estimated that the ransomware attacks have caused a loss of more than $1.3 billion in 2020. The White House administration under President Biden is making plans to tackle the situation, but there is still some time left to apply the solution. Anne Neuberger, a top White House cybersecurity adviser, has said that “Ransomware is a matter of national security because it affects so many Americans, including our small businesses, and state and local governments. Making progress to address ransomware will require cooperation with international partners.”

Post Covid, there’s a shortage of Ketchup in the United States