The initiation of the probe is pressuring the Prime Minister as his party is gearing up for the country’s local elections next week. 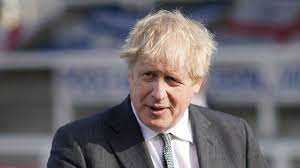 Britain Prime Minister Boris Johnson will have to face a probe related to his Downing Street apartment refurbishment funding as Britain’s political expenses’ watchdog stated that reasonable aspects are leading to suspicion that an offense might have happened.

The issue was highlighted last week when Boris’ close affiliate from the past Dominic Cummings raised allegations of “unethical, foolish, (and) possibly illegal,” against his former boss. Dominic also claimed that he had discussed some plans to have Conservative Party patrons pay for the renovations.

The initiation of the probe is pressuring the Prime Minister as his party is gearing up for the country’s local elections next week. Mr. Boris is facing the heat for many days to explain how he made the payments for the renovations to his flat. Meanwhile, several news agencies from Britain reported that the upgrade cost around £200,000 ($280,000).

As per reports, the makeover was supervised by Carrie Symonds, Mr. Boris’s fiancée. However, Dominic alleged in his blog post that the Prime Minister was planning to use the Conservative Party people for the same.

“I told him I thought his plans to have donors secretly pay for the renovation were unethical, foolish, possibly illegal, and almost certainly broke the rules on proper disclosure of political donations,” Dominic’s blog post from Friday read.

If the same was used, the loan would need to be stated to the UK’s Electoral Commission. Loans and donations connected to Political purposes are strictly scrutinized in the UK where the loans crossing £7,500 ($10,400) are logged and disclosed to the public four times a year by the commission.

Dominic also wrote in his blog post that he denied arranging these payments and so he has limited information about the same.

Liz Truss, Mr. Boris’ international trade secretary said to BBC in an interview on Sunday that the payments for the refurbishments were made by the Prime Minister himself. However, she hasn’t revealed if the money was borrowed from a patron.

A Number 10 spokesperson said that the government has laid out the expenses transparently and all the costs of the renovation were paid by Prime Minister Boris himself. The government also didn’t cite from where the capital originated.

The spokesperson also said that additional information about the works would be disclosed when the Cabinet’s yearly accounts are published. This generally happens in July. But some outstanding queries collectively ignited a political uproar over Number 10. MPs from opposition parties and critics raised voices asking for clarifications over the apartment’s remodeling.

On Wednesday, the Electoral Commission released a statement saying that there are some possibilities of an offense or more related to the issue. “We will therefore continue this work as a formal investigation to establish whether this is the case,” the Commission’s statement further read.

However, the local elections in the coming month would be revealing the extent of the effects of these accusations on the British voters. Mr. Boris is enjoying a convenient lead in the opinion polls right now due to the Covid – 19 vaccine rollout and his government’s measures to control the pandemic.