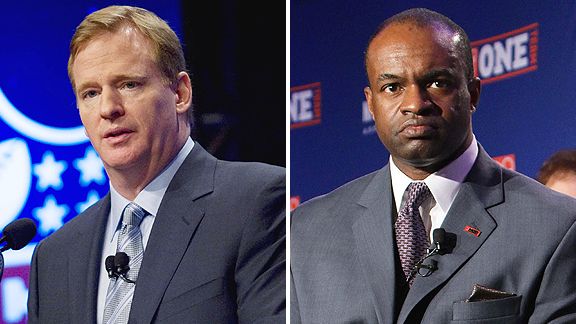 It’s been six years since the NFL had a strike or lockout. NFLPA Executive Director DeMaurice Smith thinks that streak won’t last much longer.

According to CBSSports.com, Smith is not optimistic about what will happen when the NFL’s current collective bargaining agreement (CBA) expires in 2020.

In an interview earlier this week, he said, “I think the likelihood of either a strike or a lockout in [2021] is almost a virtual certainty.”

The 2011 lockout had minimal impact for fans. The players and owners reached an agreement before the season started, so no games were canceled. The NFL has not had to cancel games since the 1987 players’ strike. That strike did not have notable long-term effects because it was brief and many prominent players crossed the picket line.

Smith worries that fans won’t be so lucky in 2021. The NFLPA is already advising players to start saving money, even though there won’t be a possibility of a strike or lockout for four more years.

Negotiations will be difficult because of the players’ lingering anger over the owners’ behavior in 2008. The owners chose to opt out of a CBA that had been signed in 2006. In theory, this meant that the players should have been able to take advantage of an uncapped salary year in 2010.

However, Smith says that the owners did everything possible to make sure the players didn’t receive those benefits.

What Smith sees as the owners’ bad faith is a major sticking point. “The last time we went through it, we found out that the owners lied and cheated about the uncapped year, so why would I do that again?”

No one can predict what impact a strike or lockout would have on the NFL’s popularity. While it remains the most popular televised sports league in the United States, its future seems less secure than it did five years ago. Last season saw a slight decline from the previous year’s numbers.

Double Your First Deposit Up To $600