Three veterans of Microsoft’s .NET team have gotten together to launch a startup with a mission to help businesses and customers connect more efficiently. David Hill, Peng Huang and John deVadoss all worked together for years, creating application frameworks that are now used by millions of developers around the world. They all shared an interest in starting a business as a team during this time, but waited until they had the right idea before getting started on their project. 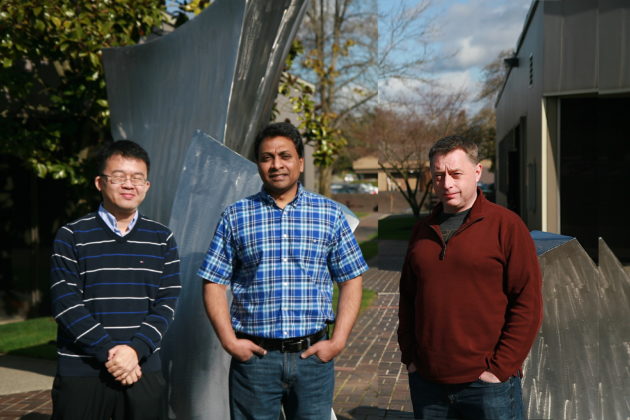 This idea came after their jobs at Microsoft sent them to China. While in the country, they got to learn more about direct messaging tools, such as WeChat. They quickly realized just how powerful such tools are when it comes to helping businesses in various industries connect with large amounts of customers.

Seeing the tools in action inspired them to build their own. They got together and created text11, a business messaging tool designed to go beyond simple social media posts by giving businesses a powerful way to talk one on one with their customers. Their goal isn’t to replace social media services like Facebook and Twitter. In fact, text11 contains social media engagement features designed to work seamlessly with many social platforms. Instead, it aims to help businesses build rich relationships with their customers, no matter how they get in touch with them.

Their startup is based in Redmond, Washington and currently employs five people. According to deVadoss, who currently holds the position of CEO, text11 is now undergoing various tests before launch. During this phase, businesses interested in it can sign up for early access, which will enable them to be among the first to use this innovative customer engagement tool.

During an interview with a leading tech news publication, deVadoss expressed confidence that the company’s co-founders have the right strategy, all while mentioning that the three entrepreneurs and their employees are open to input from users that can help them learn more about the needs of businesses, as well as make continuous improvements to their product.

As of now, a few companies in various industries, such as real estate and insurance have already gotten the chance to put text11 to practical use. According to a real estate broker who is part of the group of early access users, text11 allows him to better communicate with his customers at all times, close deals faster and increase overall customer satisfaction.