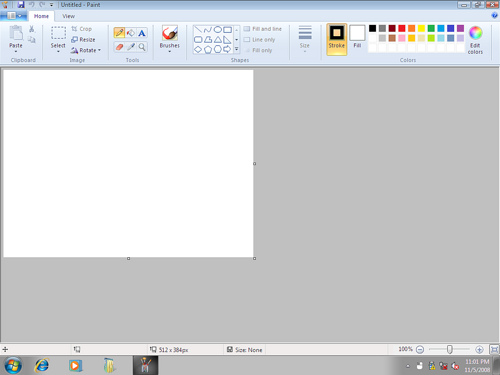 After receiving an outpouring of support from fans, Microsoft has decided not to retire Paint.

Formerly known as Paintbrush, Microsoft Paint is a graphics editing app that comes bundled with all versions of the Windows operating system, beginning with Windows 1.0 in 1985. While it pales in comparison to feature-rich programs like Adobe Photoshop and Fireworks, Paint shines in its simplicity — and that’s why users love it.

Microsoft Paint allows users to create line drawings and edit images using a simple interface. In Windows 10, users can access Paint by searching for “paint” in the taskbar. In previous versions of Windows users can access it by clicking the Start button > All Programs > Accessories > Paint.

On July 24, 2017, however, Windows users were shocked to hear that Paint was “depreciated,” meaning Microsoft is no longer working on the software and it may be removed in future Windows updates.

News of a possible end to the 32-year-old graphics editing program sent shock waves through social media. Aside from its nostalgic feel, Paint is actually useful for making simple changes like cropping and resizing images on the fly. Users can quickly edit images using Paint, eliminating the need for complex graphics editing programs.

You can breathe a sigh of relief, though, because it appears that Microsoft will continue the legacy of Paint. After listening to long-time Paint fans, Microsoft revealed on its blog that it will not completely remove Paint. Instead, it will make Paint a free-to-download app available through the Windows Store in the months to come.

So, while the next Windows 10 update may no longer include Paint, you can still find the classic graphics editing program available in the Windows Store.