Bezos cited the recent Alabama election at one of the company’s warehouses as a reason why the workforce challenges must be addressed by Amazon. 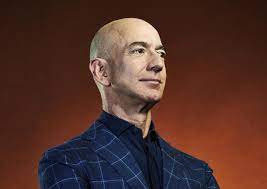 E-commerce giant Amazon’s CEO Jeff Bezos in his final letter to shareholders on Thursday said that the company has to do better for its employees, before stepping down as the CEO. Bezos’ letter happens to be the last annual letter as the CEO before his successor Andy Jassy takes over as the next CEO of the company in the third quarter.

The election was a high-profile battle drawing immense political interest including President Biden supporting the organizing efforts without disclosing any names in specific. However, unionization was rejected in rather an overwhelming way. Bezos said that Amazon needs a ‘better vision’ for its employees even though the company accomplished so much.

Bezos’ statement read, “While the voting results were lopsided and our direct relationship with employees is strong, it’s clear to me that we need a better vision for how we create value for employees – a vision for their success.”

The company received criticism after a US representative highlighted an issue saying that the company’s delivery workers had to pee in water bottles during their working hours. Though Amazon initially disputed the claims, it later released a blog post apologizing to the representative and assured to look after the issue.

His letter also stated that the company is planning to spend more than $300 million towards safety projects this year. This will also include $66 million to build a technology and avoid forklifts and other sophisticated industry vehicles’ collisions.

Bezos founded Amazon in 1994 and will relinquish the CEO position later this year. In his new role as Amazon’s executive chairman, Bezos said he has plans to make the company’s warehouses safe to work.