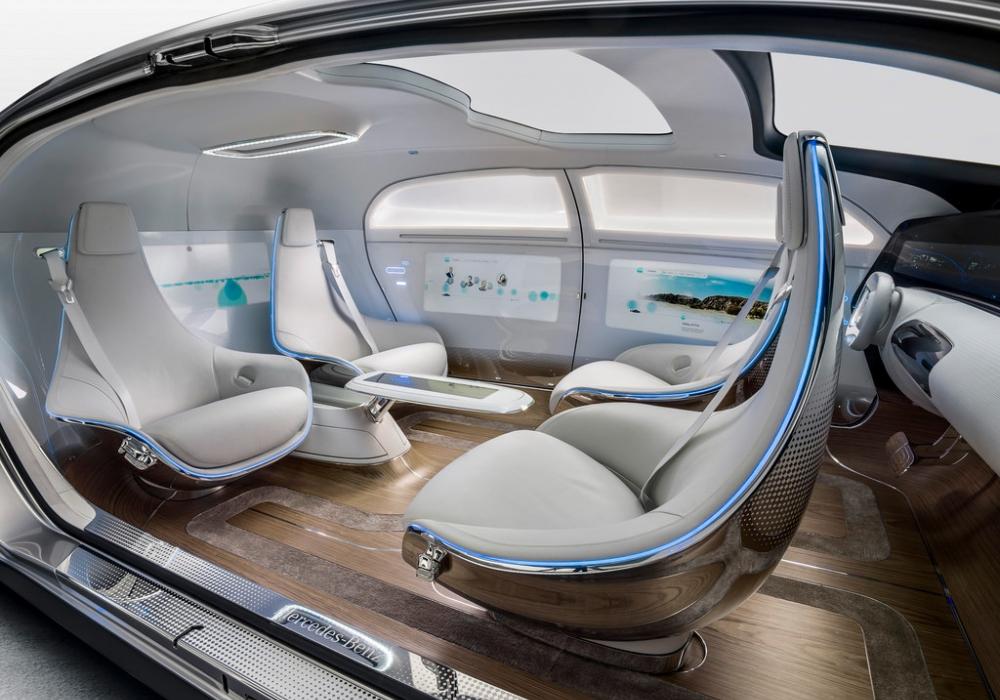 The Internet of Things (IoT) describes the extent to which today’s universe has become centered around modern technological advances in many different areas, and we aren’t likely to see this pattern shift anytime soon. In fact, we can only expect to see more advancements made in terms of expanding the Internet of Things to include even more areas of daily life, such as transportation. The concept of driverless cars is relatively new, but supporters suggest that this type of technology is coming in the next decade or two. Before autonomous cars can become mainstream, however, several considerations must be undertaken to address the fact that today’s driving regulations weren’t designed with this kind of technology in mind. Today’s laws center around the concept of imperfect humans being behind the wheel of a car or truck, and these laws would have to be redesigned entirely in order for them to apply to a driverless car situation. Below we will discuss some of the current considerations as we prepare for this type of technology to advance over the coming years.

Jason Hope, an Arizona based entrepreneur with a passion for technology as it relates to changing lives today, has expressed excitement concerning the concept of driverless car technology. As Jason has stated, “Everyone knows that the future of society relies on technology. Technology connects and interconnects people, places, and things.” Could this even change the way we drive to and from work on a daily basis? Current statistics seem to indicate that this is a real possibility, possibly in the next couple of decades. But this type of technology does not come without its own unique challenges. Let’s consider a few of these below.

When Computers Take Over the Wheel

The US government began regulating specific laws regarding driving safety back in the 1960’s. Laws surrounding seat belt usage and designing steering columns to absorb the impact of accidents became standard protocol. Of course, since that time the number of rules surrounding safe driving has expanded into hundreds of laws designed to protect the lives of those on the road, whether they are drivers or passengers. However, with technology heading in the direction of the creation of autonomous cars that drive themselves, there is one major flaw to all of these regulations. They are designed with the premise that a human being will always be behind the wheel. With the advent of driverless cars, these rules will have to be changed to adapt to the modern technology that allows this to be possible.

Law Making is a Long Process

One major problem being experienced by the tech world right now is the fact that the law making process is fairly long, detailed, and complex. Laws are created, researched, studied, and repeatedly changed before they are finalized in a way that solidifies them into place as a permanent part of the rules of societal function. In the case of autonomous cars, the technology that makes this possible is moving much faster than the law making process can keep up with. This is forcing government officials to take the need to have standard regulations in place quite seriously.

As Jason Hope has previously stated, “Where do you put the fear when you choose to innovate? The fear is there, but you have to find a place to put it.” This is certainly the case with manufacturing companies considering the mass production of driverless cars. Without existing laws and regulations in place regarding the safety of driverless cars on the road, manufacturers are fearful of getting too deep into the mass production process. In order to even begin mass producing these types of vehicles, a certain number of laws and regulations would need to be in place. Road testing on autonomous vehicles is limited at the moment, so manufacturers are pushing to get lawmakers to take the process of instituting proper regulations more seriously to get the ball rolling in the direction of mass production procedures.

Almost half of the existing 73 safety standards that currently exist surrounding driving make direct or implied references to a human driver. This isn’t shocking considering the fact that driverless technology was unheard of a few brief years ago. As many as 30 other standards that exist surrounding transportation regulations could present real compliance challenges to the concept of driverless cars, a problem which requires immediate attention if these vehicles are to be mass produced in the coming years. Other rules may not have to be completely eradicated and replaced but may need to simply be changed to accommodate for the inclusion of the various types of sensors and artificial intelligence components that will go into the making of driverless cars.

Changes to Roadways and Traffic Lights

As it stands, many features of modern roadways and traffic lights have already been automated. However, these will likely need to be changed to include provisions for driverless cars and the other technological advances to travel that these vehicles will bring about. As can be seen, there is much work to be done in terms of structure and policy making in order to make autonomous cars a mainstream feature of transportation in today’s technologically advanced world.

Jason Hope describes himself as a futurist, entrepreneur, investor, and philathropist. Based out of the Scottsdale, Arizona area, Jason is devoted to the advancement of technology in regard to many different facets of life in today’s world. Jason began his interesting career by working with a mobile communications company but quickly became passionate about modern technology. Jason Hope also has a passion for giving back to society and fills this passion by serving as a mentor for area youth. Jason continues to lend his professional expertise to the world of advanced technological development and the many areas that this technology can enhance the lives of millions today.

The explosion of internet capable smart devices has not been limited to cell phones, computers, and tablets. In fact, it’s becoming more and more common to walk into homes across the country and be greeted by smart lighting systems, home security equipment, and even smart appliances. It appears that we have reached the point in the expansion of the IoT where consumers essentially expect new products to be designed with these capabilities, and it doesn’t appear to be shifting anytime soon. Now with the prospect of autonomous cars becoming more feasible, we need to look deeper into the ways we would address specific challenges regarding the rules and regulations surrounding travel and transportation. As Jason Hope has previously shown with his contributions to the world of IoT, technology constantly changes so we simply must stay ahead of the game and be willing to change along with it.