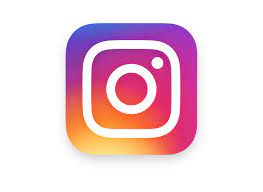 Instagram last week Wednesday launched a worldwide test using which its users can choose to see or hide the likes on their and others’ posts, a spokesperson from Facebook said. This move was taken after receiving mixed responses for several experiments performed by the company since 2019.

The Facebook-owned company says, “In 2019, we started hiding like counts for a small group of people to understand if it lessens some pressure when posting to Instagram.” The experiments removed likes – a common indication for a person’s popularity from some people’s handles.

While some people used this feature to hide the likes, most of them wanted to check on them to know who is popular, as per the company’s statement. A spokesperson from Facebook said that Facebook is also designing a similar feature that is soon going to be available in the coming weeks.

The move from Instagram and Facebook came in after receiving more users’ opinions about wanting to have enhanced control over their handles. Facebook already tested this ‘hiding the likes’ on other posts feature in Australia.

The company already concealed likes for a large group last month and received strong opinions for this accidental move. While some saw it as catastrophic for brand partners, others found it very useful for people’s psychological health

The present experiment, as per Instagram will involve some people. However, the company hasn’t disclosed the exact number. Through this, people will still check on their likes personally.

The company recently rolled out the most requested update – the ‘live rooms’ feature for communicating live using Instagram. Users can add up to three other people as a part of the room and use it for hosting Q&As, tutorials, or hang out with friends and family at once.

Instagram also launched the Cross-App texting alongside Facebook in February, this year, through which people can find you from different apps and still interact with you.

Another anticipated feature that rolled out a few days ago from the company was the ‘recently deleted’ feature. People can retrieve the photos and videos they deleted from their handles using this. This feature also helps to secure the accounts from hackers by deleting the content when a third party gains access.

The company is also looking forward to developing Tik-Tok-like stories. The company confirmed the same and said that its users can add reels, images, videos, and many more in between stories.