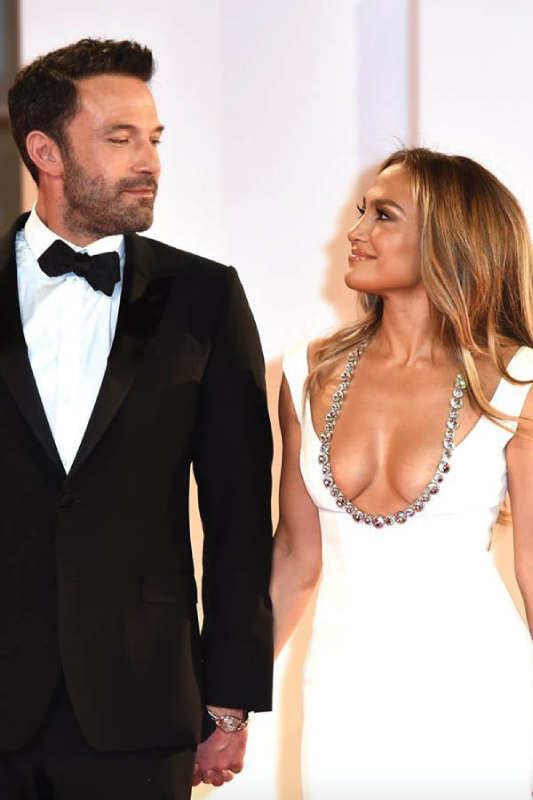 Recently, Jennifer Lopez shared a video of the two on Instagram to showcase her adoration.

This weekend, JLo posted a cute video of her and her husband to social media with audio from P!nk’s song “Try” in the background. A child’s voice can be heard saying, “Guys, I did it! I found the person that makes me happiest!” Jennifer and Ben are seen hugging each other and looking at the camera in the video. Lopez is seen smiling softly, while Affleck breaks into a grin after the kid’s cheerful declaration. In the video’s caption, Lopez posted seasonal emojis representing the fall season, including a turkey, an autumn leaf, and a red heart.

After posting the video, Jennifer Lopez received a lot of love from fans and celebrities who could relate to the video’s message. Fans were touched by the sweet gesture depicted in the video. Many fans also commented with cute emojis such as hearts and more to show their appreciation for the couple’s love. Celebrities such as Paris Hilton and Jenna Dewan expressed their affection with heart emojis, while “Jersey Shore” star Snooki’s groaning emoji accurately expressed her adoration for the post. Leslie Mann also liked the post and commented with a red heart.

After breaking up with their respective partners, Lopez and Affleck found their way back to each other and married in Savannah, Georgia, last August. Before that, the couple had a small ceremony in Las Vegas.

In a candid interview, she talked about how her relationship with Affleck began. She said, “We found each other again after losing touch. I don’t want to discredit anything that happened between then because it was all real too. We always wanted to come to a place of peace and feel the same love you felt when you were young.”

She also explained why she chose to take his last name. “I’ll be taking my husband’s last name because we’re married,” she said. “To others, it might look like a power move, but having control over my future feels empowering. I’m grateful to be in charge of my destiny as a woman.” I know that not everyone feels the same about this as I do, and that’s okay. From my perspective, though, I find it romantic. And even if other people don’t see it that way, I still think it’s special and romantic – maybe that’s just part of my personality.

Kim Kardashian And Kanye West’s Divorce Settlement: Court Documents Reveal Who Gets What