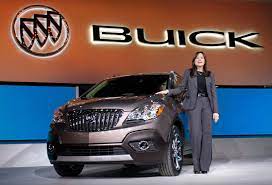 CEO of General Motors Mary Barra sets to make GM an all-electric automobile industry by 2035. The company is looking for new ventures to expand GM revenue beyond product sales.

The company’s Global Innovation team is cultivating novel endeavors to address trillions worth of future markets.

The GM today vastly differs from what it was when Barra bought it amidst a financial crisis. It now holds the potential of transforming from a traditional electric automobile industry that just sells vehicles to produce flying cars.

“This is just the beginning for the next generation of General Motors”, said Barra in GMs first-quarter earnings call. She also highlighted her plans for the future, and said: “We are well on track with our plans to transform our company and lead the industry into the future.”

The company sets to expand its ventures beyond selling vehicles, and include commercial electric vehicles, auto insurance, military defense, and more coming along the way.

Pam Fletcher, GM vice president of global innovation said in a video conference, “Our whole goal is to grow the market through utilizing existing GM assets, know-how, IP where we have existing capabilities to solve new problems for maybe customers we have now, maybe customers that we don’t have now.”

GM is set to rely on recurring revenue from services and software more than relying on produce and sell practices. Therefore, the company’s growth and expansion plan, if victorious, will decide the course of action for the automobile industry.

Alan Wexler, a senior vice president of innovation and growth highlights that GM has twenty innovations under its belt that hold the potential of creating a market worth 1.3 trillion dollars.

He also mentioned that the GM global innovation team is supervising sustainable businesses such as recycling vehicle batteries to use power generators and planning to establish urban air mobility by the 2030s.

Wexler believes that the ultimate goal is to create a company that will be drastically different from how it exists today. “I think the most exciting thing and the reason why I’m here is we’re creating a company that doesn’t exist in the world, and frankly we’re creating an industry that doesn’t exist in the world, and we’re doing it for the sake of people on the planet,” he said.

Barra explained that GM is sincerely committed to investing in new enterprises and ventures even amid the global pandemic. Barra’s version of GM largely began in 2017 when it established mobility initiatives and obtained Cruise. “When you look at our core business, it is truly the foundation for the transformative opportunities that are right in front of us,” said Barra in 2017. She also added, “Make no mistake, we are here to win.”

What is the Importance Of Franchising?

Bitcoin holds the potential to empower the oppressed