Games Industry Explodes Down Under

The success of animated feature films such as Avatar and renewed interest in the online games industry by investors has helped fill the sails of digital game developers across... 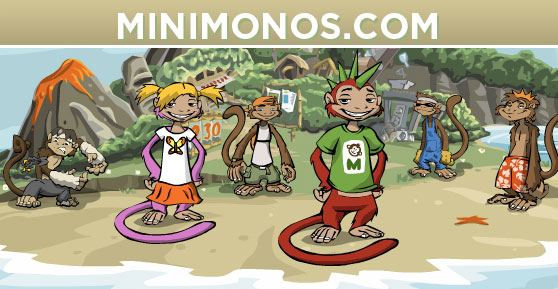 The success of animated feature films such as Avatar and renewed interest in the online games industry by investors has helped fill the sails of digital game developers across New Zealand. Chairman of the New Zealand Games Developer Association, Stephen Knightly recently reported that the local industry grew by 46% and created over 100 new jobs during the previous twelve months.

Kiwi games developers have been at the vanguard of success as traditional distribution channels have become more and more disrupted, allowing small independent game makers to take a more direct route to market and build big audiences virally. Being distant geographically has not been a barrier to success for New Zealand developers however. David Frampton unloaded 100,000 copies of Chopper 2, an iOS based flight sim game, in his first week of sales in the App Store. Frampton works from home in the capital city Wellington and does his own artwork and code development.

Tim Train, studio manager from U.S. games behemoth Zynga (Farmville, Frontierville) visited New Zealand recently and spoke about the need to address “cross-cultural” gaming. Being at somewhat of a cultural crossroads in the Asia-Pacific region, that could be an intriguing niche for New Zealand companies to address. Smallworlds is an online game now boasting over 7 million users globally plus investment from no less than entertainment giant Disney. Smallworlds CEO Mitch Olson wants to grow the business into a $100 million company, and sees New Zealand as the perfect place to build an innovative venture. Typically for Olson, he will be taking time out this week to encourage other emerging developers and to announce an initiative aimed at incubating and growing more games ventures.

Research company Gartner recently forecast digital game revenues to reach US$112 billion globally by 2015. That outlook has galvanised investors into action it seems. Minimonos is a virtual world for children that also teaches about caring for the environment. The game platform began life in the quake hit city of Christchurch. But Minimonos has already received high levels of interest from investors. This year mega-store Sainsbury’s began selling Minimonos in-game purchase cards after the game was promoted in the U.K. The company founders were also selected to join the highly respected Cambridge based Springboard incubator programme.

Games development in New Zealand has enjoyed an increasing profile in recent years, a profile that has been boosted by the success of the (not entirely unrelated) digital movie effects industry. Blockbusters such as Avatar and the Lord of the Rings trilogy were largely filmed in New Zealand and this has drawn attention to the growing levels of creative and entrepreneurial talent attracted to and evolving within the scenic South-West Pacific island nation. If Mitch Olson gets his way, there will be even more interesting growth stories coming out of New Zealand’s digital games industry very soon.

Do we listen to advice, or follow brands when we buy? [Infographic]