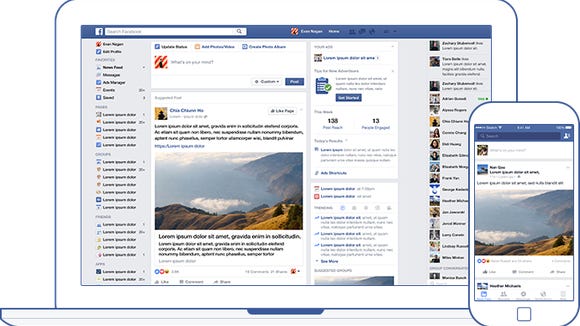 Facebook, the social media giant, is all set to give more control over users’ news feeds. The feed filter bar announced on Wednesday makes it easier for people to decide the content to be displayed on their news feed.

Nick Clegg, the company’s global affairs and communications’ VP announced the new feature in a 5000-word essay titled “You and the Algorithm: It takes Two to Tango”. The feature is being rolled out to Android users currently and will be available for iOS users in the coming weeks, a statement from Facebook read.

Instead of wholly relying on Facebook’s previous algorithm to see what they see, users can now switch between the most recent posts, a regular news feed, and a news feed showing posts from users’ favorite section. Essentially, this feature lets you see the feed chronologically.

The feed filter bar feature came in after Nick stated that he had an issue with the way people were saying that the company’s algorithms aimed to fuel polarization and meant to manipulate users for monetary benefits. The new tools announced by Facebook are a part of a broader move to exemplify to the users that their experience depended on their relationship with the company’s algorithm.

“This new tool is the latest example of how we’re helping you control and curates your News Feed to best reflect who you as your interests and priorities evolve,” Ramya Sethuraman, the Facebook Product manager said in a blog post. She also said that Facebook wants to continue helping people in understanding why they see the content they do on their newsfeed.

The feed filter bar feature is among changes aimed by Facebook at enhancing its transparency and is meant to build trust among people on the way the company’s algorithms work.

This feature was launched in addition to the “favorite feature’ rolled out by the company in October last year. Favorites allow the users to select around 30 people and pages whose posts will appear in the higher ranks.

Facebook is in plans to introduce newer ways like the “why am I seeing this?”  to help users understand why something specific is shown in their feed. New informative hubs are also set to be unveiled showing the users “authoritative information in more areas where there is a clear societal benefit,” said Nick. He added that a racial hub is ready to be rolled out later this year.