Not long ago, we were excited about Friendster, one of the first social media site (acquired by Malaysia’s MOL Global). I had an account and so did all my... 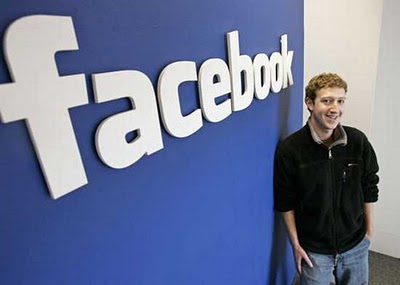 Not long ago, we were excited about Friendster, one of the first social media site (acquired by Malaysia’s MOL Global). I had an account and so did all my mates. Every teenager was talking about it. It’s not just friendster though; there was also Myspace, Hi5 and many more. In 2005, Myspace was getting more page views than Google. But then when Facebook by Mark Zuckerberg was available for the public in 2006, it overtook MySpace and its other rivals. Then in 2009, more people were visiting Facebook than Google.

Facebook currently has over 600 million users and is growing every day. The company is now valued at $70 billion and its revenue last year was about $2 billion from $775 million the previous year, most of it coming from adverts. Among its investors include giant companies such as Accel Partners, Digital Sky Technologies and Microsoft. It was also said to be a possible candidate for the IPO by 2013 which given the situation that happened with LinkedIn, will make it a few times bigger than it already is. It already has over 2000 employees in 15 countries.

Now, all this numbers suggest that Facebook is only growing bigger and will never fall back. Its big investors puts it in a safe place above the others but let’s not forget, the number of users are the important subject here and figures suggest that the monthly growth of its users are dropping. In countries like the US, Australia, Philippines, Indonesia, Malaysia, Singapore, New Zealand, Hong Kong and Vietnam, Facebook is the top social network. However, it doesn’t seem to be able to penetrate countries like India, Japan, South Korea and Taiwan. Google owned Orkut and Yahoos’s Wretc is still the biggest social network in India and Taiwan while Japan and South Korea have their own social network, Mixi.jp and Cyworld.

Another important factor is the market trend for this kind of operation. Earlier online social networking began in the form of generalized online communities such as Tripod.com and Geocities in 1995. A more basic, chat room style approach was used. Then, with the emergence of Friendster and MySpace, the basic of the online social network that we see today was created. Facebook became the best because it simply offered a little more than the others in a different style. However some people suggest that as newer social networking websites, offering better things come, Facebook would start losing its fame.

We’ve already seen Twitter hit the market so fast even with the existence of Facebook. The co-founder and former CEO of Cyworld, Dong-hyung Lee, recently told CNBC that Facebook is going to fall behind its new rivals which incorporate ultra smart devices in their development. His new social networking website, called the Runpipe, incorporates and works with smart phones and other gadgets. He also added that his website is aimed at the future where people would use social network to plan ahead rather than what people share on these sites now which are based on the past.

Although Cyworld is the main social network in South Korea and Runpipe is coming up with a different approach, the number of Facebook users in the country is still growing and may just surprise everybody. It is still unknown, but I suspect, Facebook will remain strong for a long time. It just need to keep updating itself for the newer market which it seems to be doing rather well.

Google Wallet: A fast way to pay with NFC