Dr. Mark McKenna And The Facts About Synthetic Blood : Baby Now We Got Good Blood!

they were able to create “immortal cells” - the adult red blood cells that could multiply an infinite number of times, explains Dr. Mark McKenna. 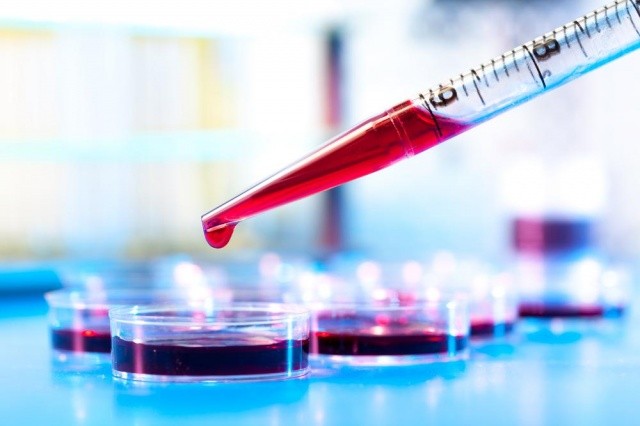 The American Red Cross keeps the statistics: Every two seconds someone in the United States needs blood. In the U.S. alone, 41,000 donated pints are needed every day. And although an estimated 38 percent of the population is eligible to donate blood, less than 10 percent of that eligible population actually do each year. Dr. Mark Mckenna of Atlanta is here to answer some of the questions we have about synthetic blood.

This huge need has fueled the search for a usable blood substitute, and led to decades of scientific failure to do so. However, scientists from the UK – Universities of Bristol, Cambridge, and Oxford – have discovered how to isolate and manipulate stem cells to produce red blood cells, reports Dr. Mark McKenna, a physician and entrepreneur who regularly blogs about medical breakthroughs.

The goal is to produce red cells for patients with complex blood types, as there is a lack of suitable donors. Over time, lab-grown blood could transform medical care by supplying much-needed blood around the world regardless the blood type.

In the media, it’s referred to as “synthetic blood.”

Synthetic blood is about to be tested in human trials, and it will be many years before production is ramped up full-scale. But the development could change the future of the human race, scientists speculate. They refer to this as “the holy grail of science.”

The science of synthetic blood

The findings of the British discovery are published in the journal Nature Communications. “When we kept (the cells) continually dividing for a year, we were quite excited,” said Jan Frayne, a lead author and biochemist at the University of Bristol, in an interview.

The research results indicate the possibility of scaling up to whole units of blood.

In their research, the UK scientists infected stem cells with cervical cancer genes. By inserting cancer genes from human papilloma virus (HPV) into bone marrow cells, they were able to create “immortal cells” – the adult red blood cells that could multiply an infinite number of times, explains Dr. Mark McKenna.

The process will be familiar those familiar with the story of HeLa cells and the book “The Immortal Life of Henrietta Lacks.” In that case, a related strain of HPV led to the production of HeLa cells, which are widely used in scientific research. These cells were taken from Lacks’ cervical cancer biopsy. While she passed away in 1951, those cells still multiply in laboratories today – and have been used continuously in medical research.

As the red blood cells multiply and mature, they discharge their nucleus — which houses their DNA. Researchers filtered out those original cells to ensure the rest did not have the active cancer genes.

A simple blood draw contains just a small number of these stem cells; an invasive biopsy of the bone is not necessary. Since last year, researchers have created two new immortal cell lines using this method, reports Dr. Mark McKenna.

Another research group tried using embryonic stem cells, but those cells didn’t eject enough of the nucleus to be viable for this use. Others have attempted using stem cells from umbilical cords and other sources. However, the stem cells stopped dividing at a certain point.

A group of French researchers has already transfused lab-grown red blood cells — which grew from stem cells — into a human, with successful results.

The first human trials will begin in England later this year, though they will not be using the immortal cells from the current study. Producing new cells under industry standards is expected to take at least several more years, states Dr. Mark McKenna.

Whole blood contains a lot of other components – platelets, proteins, immune cells, iron – that may not be grown in a lab. But lab-grown blood has an advantage that it avoids common problems for patients with sickle cell and other diseases who require multiple transfusions over their lifetimes.

There is no risk of excess iron in transfusion as there is with human blood. There is also a very slight – though real – risk of transmitting disease via human blood.

Also, stem cells could be used to create Type O cells – the “universal donor” – which fits nearly any patient’s need yet is frequently in short supply.

The Department of Defense has been searching (and researching) lab-grown blood for patients who have massive blood loss, particularly in the battlefield, where a soldier is blown up by a bomb and there isn’t time for blood typing. The goal is to have blood products that can be easily transported via a Humvee, says Dr. Mark McKenna.

To mass produce blood in the lab, researchers would need expensive liquids to grow the cells and a battery of new equipment that complies with manufacturing standards — all of which will cost money and require an infusion of capital.

The UK researchers speculate that a hospital in the US might pay hundreds to thousands of dollars to purchase and test a unit of donated blood — then charge far more to transfuse it into patients. Producing a pint of blood using the UK method would likely be several times more expensive than buying bags from blood donors in the UK.

Not a replacement for blood donations

But red blood cells can’t be propagated from donor blood, and in the UK alone, 1.5 million units of blood must be collected each year to meet the needs of patients with rare blood types and conditions like sickle cell.

Synthetic blood will undergo clinical trials in humans before being declared safe and effective. Early safety trials based on manufacturing methods will begin by the year’s end. If successful, researchers will begin clinical trials of the BEL-A cell products in patients shortly after that. Researchers agree there is a real global need for an alternative red cell product.

Mark McKenna, MD, MBA is a Medical Doctor licensed in Surgery and Medicine by the Georgia and Florida State Board of Medical Examiners. Dr. Mark McKenna is a passionate patient advocate and a dedicated community servant. A native of New Orleans and graduate of Tulane University Medical School, he also launched McKenna Venture Investments, a boutique real estate development firm – then started another business to help rebuild New Orleans after Hurricane Katrine.

In 2007, Dr. McKenna relocated to Atlanta, GA and married Gianine McKenna. They are the proud parents of daughter Milana Elle. He is a voracious reader, and serial entrepreneur. Dr. McKenna highly recommends the Napoleon Hill classic, “Think and Grow Rich” for any entrepreneur. He also believes in the power of visualization.

Toys R Us to Shut Down 25 Stores