Cryptocurrency Prediction: Where to invest in 2021

As a digital currency, cryptocurrencies act as a medium of exchange and allow you to buy goods and services. It works on the basis of blockchain technology, and the...
by Jonas Dec 17, 2020

As a digital currency, cryptocurrencies act as a medium of exchange and allow you to buy goods and services. It works on the basis of blockchain technology, and the transactions are secured and verified with the help of cryptographic techniques. The most interesting feature of cryptocurrency is that it is not controlled by the government, and neither is there any central authority that issues it.

At present, there are about 7000 cryptocurrencies, and finding out the best one is a challenging task. It’s already the end of 2020, and as a cryptocurrency investor, you may be looking forward to 2021. Here is a curated list of the most trending cryptocurrencies where you can invest in 2021. However, the future of cryptocurrency is a bit uncertain. Despite this uncertainty, some experts say that cryptocurrencies will dominate in 2021, and they are worth considering for your portfolio. 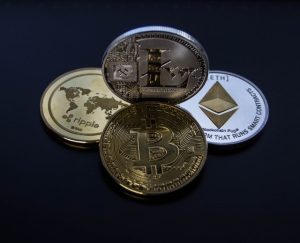 Bitcoin is the first cryptocurrency that was launched back in 2009. It is often said to be the “king of cryptocurrencies” since it came into being. Now you may have a question in your mind that “is it still worth investing in Bitcoin?” The answer would be “yes” because it will retain its current position and continue to dominate the market. Ryan Selkis, the Chief Executive of cryptocurrency tracker called Messari, says that Bitcoin will hold its status in terms of market capitalization.

Ethereum is the world’s second-best cryptocurrency or blockchain platform after Bitcoin as it has maintained a consistent market capitalization since its introduction in 2015. It performed well throughout 2020. In September 2020, it reached a high of $480. Two factors that contributed to this surge are the expansion of the decentralized finance sector like Chainlink, Wrapped Bitcoin, and Maker, and its upgraded form, Ethereum 2.0. According to an estimate, by the end of this year, its value may reach $750 and hit $900 in 2021.

Ripple can be another great investment option in 2021. It was the best in 2017 with 36,000% growth. It ranks as the fourth-largest cryptocurrency globally and is known for its low price of $0.27. Though its value won’t reach as high as Bitcoin, its price will increase in the coming year. As per forecast related to cryptocurrency, Ripple’s price will steadily rise in 2021, and by the end of the year, it may reach a potential high of $2.94. It is suitable for those who are cautious and who don’t want to spend a hu ge amount.

Litecoin may not seem to be a very attractive option at first, as its value is only $67.56. However, it should not be ignored as it showed a growth rate of over 8000% in 2017. It has high liquidity, and its market capitalization is as high as $4,451,393,965, which is indicative of its strong performance. On average, it takes only 2 minutes when it comes to mining a block on LTC blockchain. It is faster when compared to other available cryptocurrencies, and it features among the top four on Coinbase. According to an estimate made by the platform CoinSwithch, its value may go up to $600 in 2021. It is good for investors who want to take less risks.

Bitcoin Cash is a branch of Bitcoin. It was launched in 2017 when traders expressed concerns regarding its scalability. At present, it ranks sixth in the world in terms of market capitalization, at $4,630,146,203. According to a forecast by trading platform StormGain, its value could reach $500 in the next five years. So this is one of the best cryptocurrencies to invest in 2021.

Tron was launched on the Ethereum network in 2017. However, now it has a blockchain platform of its own, and the transactions are processed using a proof-of-stake algorithm. At present, its market capitalization is $1,825,286,288 and price is $0.026. It could be one of the best investment opportunities because, nowadays, more organizations are adopting this blockchain platform, and as a result, its value will rise. According to an estimate by Coinpedia, its value could reach $0.4 by 2021, making it one of the top contenders when it comes to cryptocurrency investment opportunities. However, it is advisable to do some research as it has had some price fluctuations in the past but has stabilized recently.

Cardano’s current market capitalization is $3,192,136,382, and its current price is as low as $0.1026. As per predictions, by December 2021, its value may exceed $1.50, which is quite huge compared to its current price. One of the major contributors to its growth is the introduction of Hydra. It is a scalability solution with two layers, and this will enable the Cardano network to process over 1 million transactions in just 1 second. Cardano will feature among the fastest systems and this achievement makes it one of the best cryptocurrencies to invest your money in 2021.

IOTA is an open-source cryptocurrency that can process transactions within devices in an IoT (Internet of Things) network. Its current value is $0.2532 and market capitalization is $703,892,418. It works in various sectors like manufacturing, automobile and insurance and has enough scope to capitalize on the DeFi sector’s growth. As estimated by Smartsereum, the news site, its value may increase to $38 by 2025 and will continue to grow all through 2021.

Tezos features among the top 20 cryptocurrencies available to date, but it is expected that its position is set to improve further in 2021. As per predictions, this blockchain network will grow slowly but steadily and will increase from its current value of $2.15161 in November 2020 to $2.21197 by April 2021.

Zcash was launched in 2016. It has been developed on Bitcoin’s codebase. A distinct feature of this cryptocurrency is that it keeps digital payments confidential. It is not transparent like Bitcoin, which enables the user to view previous transactions. However, Zcash has adopted a selective transparency policy. It occupies 31st place when it comes to top cryptocurrencies globally, and its current price is $62.93 with a market capitalization of $659,811,101. According to an estimate, its price is likely to fall in 2022 but may increase all through 2021, reaching a high of $245. So it is not recommended for new investors. Experienced investors willing to take the risk can consider this cryptocurrency option.