PayPal is a favorite for people engaging in off-shore transactions. In addition to being a very easy mode of exchanging money in return for work, it is all set... 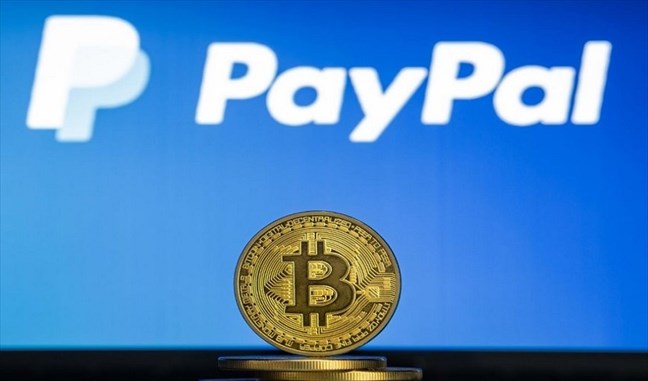 PayPal is a favorite for people engaging in off-shore transactions. In addition to being a very easy mode of exchanging money in return for work, it is all set to provide more convenience to the users based in the US.

While the cryptocurrency fad is catching pace in the US, PayPal has made an important decision in this respect.  PayPal Holdings Inc will now start allowing consumers based in the US to use their holdings of cryptocurrency to pay its online merchants. This move is also likely to boost the trading of cryptocurrency in a major way.

As a result of this newest payment mode for PayPal, a customer who owns Bitcoin, Ether, Litecoin, and Bitcoin cash in the wallets can pay through them. Hence, they will be able to make a conversion of their holdings. During checkouts or while making purchases, the conversions will happen.

Dan Schulman, the President and CEO of PayPal told Reuters, “This is the first time you can seamlessly use cryptocurrencies in the same way as a credit card or a debit card inside your PayPal wallet.”

He further added, “We think it is a transitional point where cryptocurrencies move from being predominantly an asset class that you buy, hold and or sell to now becoming a legitimate funding source to make transactions in the real world at millions of merchants.”

Thus, the users of PayPal will attain the ability to buy, sell and hold cryptocurrencies. PayPal is used largely throughout the world by millions of vendors. Having the cryptocurrency mode available will make it one of the largest mainstream corporations dealing in Financials to allow cryptocurrency as a payment mode.

While it is a newer step in the payment domain, considering the very volatility of this channel, but PayPal is likely to settle the transaction in a flat currency. There does not need to be a merchant apprehension based on the risk of volatility of the currency.

Have you been wondering what will be the transaction cost or fee for the cryptocurrency checkout? Well, there will be no transaction fee fr the checkout. There will also be a limitation of one coin type that can be used for one transaction or purchase.

Cryptocurrencies have been attracting mainstream investors with their acceptance in corporations of varied nature. The more acceptances the currencies get, the better the consumer sentiment gets about their sense of assurance. Cryptocurrencies, being volatile to their very nature, do carry a lot of mixed reactions.

PayPal Holdings Inc will be setting a good example of how even a mainstream financial corporation has opened its massive and 29 million merchant strong network to cryptocurrencies. Let’s see how the coins gain through this newer acceptance.

Samsung’s Tab A7 and S7 Lite Images and Features Leaked

The launch of Stack by Google: The App that will be a Perfect Digital Locker