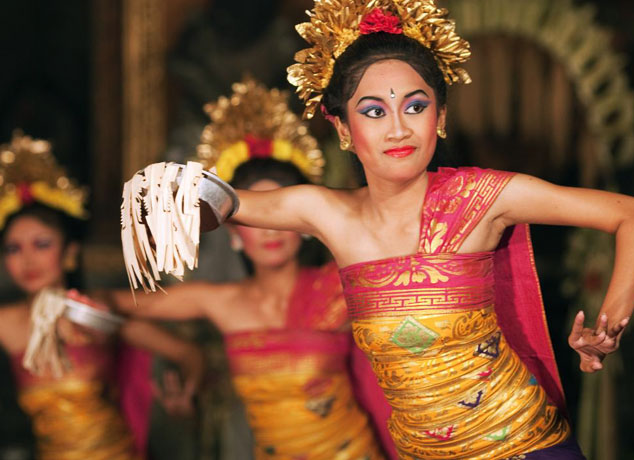 Amid pungent wafts of spices and stifling tropical heat, a struggling middle class of bright minds and unnerving spirit is brining the regional limelight to Jakarta and the surrounding cities. Their version of the vision for Pax Javanicus demonstrates how Indonesia could enjoy modern enterprise and consumerism, just like anybody else.  And just like anybody else, something somehow always has to be homegrown.

Clones are by far a repetitive trend in this part of Southeast Asia. As of 2011, e-commerce and social networking are two of the most prominent driving forces from Indonesia’s consumers dictating the country’s hungry startup entrepreneurs. Most have the tendency of spinning off from Groupon, with portfolios ranging from BliBli to Tokopedia to Tokobagus.

Meanwhile, Japan’s Rakuten settling a branch in Indonesia signals a degree of competitiveness in grabbing a market share of the pie. For LivingSocial, Indonesians have found their way into Multiply andBelibu.

Signs of Indonesia’s growing youth culture and tech savviness are increasing. People do spend time wired to one another, evident in a recent study revealing Indonesians as the world’s chattiest of Twitter users. Some sources already point to Kaskus as the nation’s largest forum network, borrowing from the idea of Faceblogging.

Since 2010, Indonesia’s mobile penetration stood at 54%. Consequently the East Indies remains a stronghold for the Blackberry market, with the Android attracting quite massive following too. Others such as HTC and Huawei are equally popular, evidence of users Jakarta and beyond being both brand and cost conscious. Their all-embracing openness means opportunity for domestic players as well, such as the Tabulet.

Cultural affinity may indicate real well that Indonesia is a freshly open, vital market for Malaysian and Singaporean tech entrepreneurs with an eye for regional expansion. Throughout 2011, several eventful gathering were held, with IDByte probably being of worthy note. It brought together representatives from Facebook, LinkedIn and Kaskus to exchange minds on the Internet startup industry, holding joint commemoratives during the annual Bubu Awards.

Local boy DailySocial also rallied along with its own SparxUp Awards. Deserving praise last year is the government, which in its own initiative launched the INAICTA and Indigo Fellowship, with the aim to encourage more entrepreneurs building up the IT and tech scene. And last year had been rather encouraging. Domestic startups such as Disdus (e-commerce) and DealKaren (social network) were each acquired by their U.S. counterparts Groupn and LivingSocial. Also animating the scene are the various active startups; Ideosource, Batavia Incubator, InvestIdea and Singapore’s East Ventures, all with hot and active portfolios.

Meanwhile, many investors have had mixed feelings towards Indonesia’s startup ecology, citing over-excitedness and inexperience of the country’s entrepreneurs. Most only saw Indonesia’s market potential in consumers being particularly tech savvy, despite low Internet penetration. They presumed there must be ample room for developing such infrastructure, meaning investment opportunities.

Getting back to the “clones,” most Indonesian solutions are direct copies which offer no fresh insight, lacking customization. However, like all developing markets, hope stands as it will mature eventually. This by statistical figures is also stifling local participation, as foreign investors often outnumber domestic ones.

And while initiatives abound in official support, with plenty of programmes and events, lack of clear focus in addressing issues such as intellectual property, bureaucracy and corruption remain stumbling blocks to further progress.

Fabletics: How Kate Hudson’s Tech Startup is Changing the Plus Size Fashion Industry