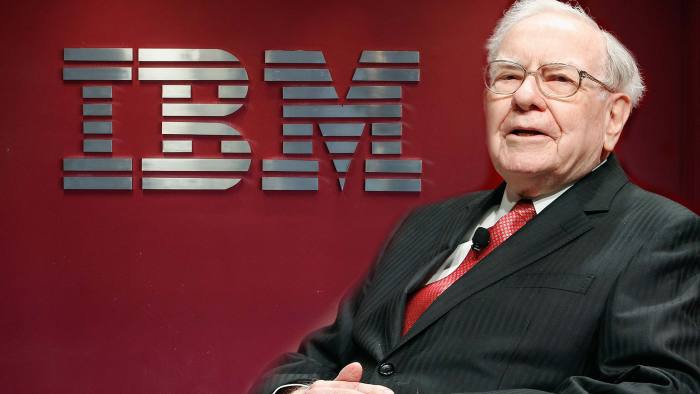 Warren Buffett is giving up on IBM. He has come to believe that the company is not going to thrive in the future, and, consequently, that the share price is not going to rise any time soon.

Six years ago Buffett was the largest single shareholder in IBM with 8.6 percent of total shares. He has now slashed his holdings by one-third, and he is the fourth largest stockholder with a 3.9 percent stake. Rough estimates show that Buffett has lost about $540 million in value thus far in 2017.

The outlook for IBM is ominous. Its revenues have fallen for 21 consecutive quarters, and its share price has declined by 20 percent. In the same time period, the S&P has risen 68 percent.

The problem with IBM is the continuous decline of revenues in the company’s legacy mainframe hardware products. These products are expensive, and improvements have not kept up with changes in technology.

On the positive side, revenues in artificial intelligence, cloud computing and cybersecurity are showing strong growth. Unfortunately, growth in these new fields has not been enough to offset the decline in the company’s core mainframe business.
Even more serious is the deterioration of the work environment at IBM. Tech companies rise and fall on the quality of their personnel, and IBM has been losing hundreds of their talented people. The company’s management has lost sight of the value of their employees by focusing more on share price instead of personnel development and growth. The shift of customer service support to India only served to make matters worse and resulted in lower morale among employees in the United States.

When Buffett made his first investment in 2011, he stated that he believed IBM had a clear vision for the future with its moves into artificial intelligence. However, competition from more agile small companies, whose products are less expensive and easier to use, and large companies, such as Amazon and Microsoft, has thwarted IBM’s ambitions. Buffett sees these obstacles and does not believe that IBM can overcome them.

Charles Mason Dies at the Age of 83