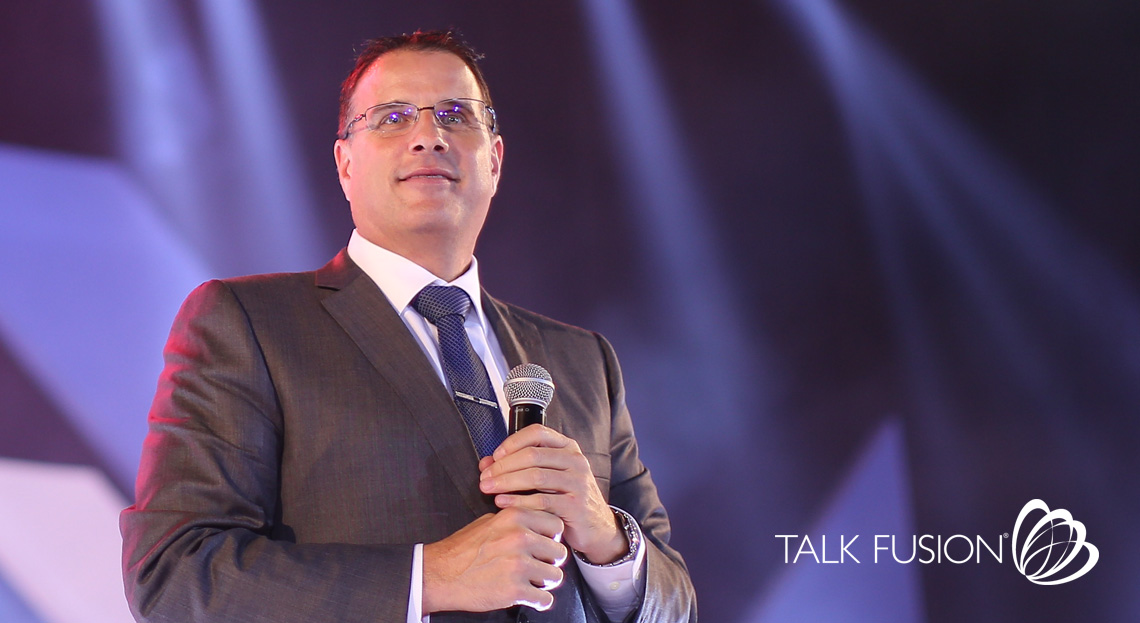 Bob Reina, Talk Fusion’s Founder and CEO, recently published his second guest article. This new piece is titled “Video Advertising Trends of 2017,” and in it, Reina provides information about today’s fastest-emerging video styles in addition to the methods used to advertise using it. He also covers how the newest video trends are affecting the advertising industry. MarTech Advisor, which is a popular publication amongst chief marketing officers in their social realm, asked for and is hosting Reina’s piece.

Helping Others in the Industry

Reina explained his reasons behind the publication by saying, “I’m glad to share my vision and insight with MarTech Advisor readers, so they can grow with this medium and learn why now is the time to make video the center of their marketing strategy.”

Since Bob is the owner and creative force behind Talk Fusion’s Video Marketing Solution, he proposes product ideas to IT experts. To do so effectively, Reina completes market analysis, reviews consumer trends and determines video’s growing popularity overall. In the publication, he points out that video is more than just a helpful platform. In fact, he refers to it as “an advertiser’s most valuable asset.” The information Bob shares is highly helpful to MarTech Advisor’s marketing and sales experts.

Reina confirmed that he took note of video’s potential years ago. At the time, he had the idea for his company’s first product, which was Video Email. He felt that video’s capabilities were practically endless. While it has taken awhile for video to catch on, it is starting to. In fact, during the last few years, companies of different sizes from around the world began discovering its benefits.

Now is the Time to Embrace Video Marketing

According to Reina, it’s time for companies to embrace video marketing. He said, “I’ve returned to MarTech Advisor to share key tips for executing video – and more importantly, why you should be using it – so readers can capitalize on this massive trend in 2017 and beyond.”

Reina’s first article for MarTech Advisor was titled “Video Marketing Boosts Customer Engagement and Profits.” The publication debuted the piece in May of 2016, and it became one of its most read articles that year. MarTech Advisor will be sharing Bob’s new piece with its 1.1 million subscribers, which include powerful individuals throughout the world.

Talk Fusion is a company that focuses on helping other businesses stand out from their competitors, allowing them to increase sales and gain bigger profits. When companies stand out, repeat business is more likely. Talk Fusion provides dynamic techniques to make a business’s advertising efforts more engaging, influential and memorable. Bob’s company offers innovative products that are marketed from person-to-person through independent associates from around the world.

Bob Reina started the company in 2007, but a problem he encountered gave him the idea in 2004. After taking a video of a new house that he was interested in buying, he wanted to send it home to his family to see what they thought. He attempted to attach a brief 10-second clip to an email. However, AOL stated that it wasn’t possible. So, Reina set out to make it possible for everyone. It occurred to him that if he could find a way to develop this technology, then he could market the innovation by using the same direct selling model that brought a career change to his life.

By starting Talk Fusion, Bob had a business without physical products that he had to keep in stock and protect. In addition, he could share the service from any location while getting the chance to redefine how companies in every corner of the world connect with people. He discussed the idea with an old friend and IT expert, Dr. Jonathan Chen, who confirmed that the technology could be developed.

Reina’s company has been able to grow because he’s constantly working to bring new marketing solutions to customers, ones that are beneficial and needed. Talk Fusion’s video products serve any business regardless of the type of service or product that they offer or where their headquarters are located.

Along with having the ability to assist any business in any industry, Talk Fusion is a company that believes in being altruistic. To this end, Reina’s company supports charitable efforts for communities, animals and people.

Famous for his sense of humor and enviable work ethic, Bob Reina knows what it takes to be successful. According to Reina, success comes from being committed over many years. Reina’s self-discipline made it possible for him to remain in a career that had its share of ups and downs as well as divides.

While finishing his degree at the University of South Florida, Bob held several jobs, showing his inclination toward hard work. When he attended the police academy, he graduated at the top of his class. He worked as a police officer for some time before finally caving into his entrepreneurial spirit.

Bob started working part-time in direct selling. He liked it so much that he let go of the comfort of having a steady paycheck to work at it full time. According to a recent client survey, his vision attracted advertising and technology professionals to Talk Fusion. Reina brings intuition and devotion to his work every day. He also brings Shadow and Bindi, his two dogs, to the office with him.

Along with contributing content to MarTech Advisor, Reina also provides publications for The Huffington Post. His willingness to help others extends to his everyday life. If he sees someone in need, Reina offers assistance. He inspires people by sharing his ideas and dreams. He said, “If you don’t share your thoughts with others, how can they translate into results or influence others? Simply put: they can’t.”