Here’s what you don’t expect to hear about. Research In Motion’s BlackBerry App World has reached a new mark. According to the mobile company, 1 billion applications have been... 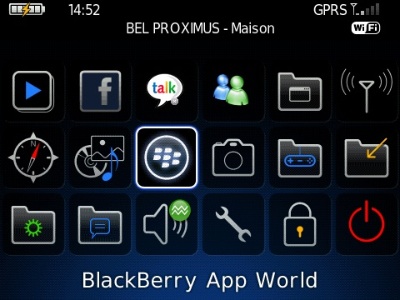 Here’s what you don’t expect to hear about. Research In Motion’s BlackBerry App World has reached a new mark. According to the mobile company, 1 billion applications have been downloaded from its mobile marketplace. The marketplace offers application for RIM’s Blackberry smartphones and its recently-launched Playbook. It was launched in April, 2009 and now has over 3 million downloads per day.

Its competitors somehow are far ahead of it. Apple, the company which first started app store announced last week that 15 billion applications have been downloaded from its app store since it was launched in 2008. It reached the 1 billion mark just nine months after it was launched. The Android Market which offers similar services for devices operating on Android is also in front of the Blackberry App World.

Back in July, Android announced that 4.5 billion applications had been downloaded from its marketplace. Google also said that it expects to gain one billion downloads every 60 days. The only thing behind the Blackberry App World is Nokia’s Ovi store. However, with Nokia heading in  different path by using Windows Phone 7, they wouldn’t have to worry about their Ovi Store anymore.

While Apple and Google have 500,000 and 280,000 apps in their stores, the App World only has 33,000 apps. Most applications are paid applications and it has the least amount of games on the store compared to the rest. One of the reason fewer apps are made for it by developers is because BlackBerry takes a larger cut of the developers revenue.

The BlackBerry App World is available in 113 countries and accepts payment in all 113 using a combination of PayPal, credit card, and carrier billing. Applications are both free and paid from $0.99 to $999.99 USD in the U.S