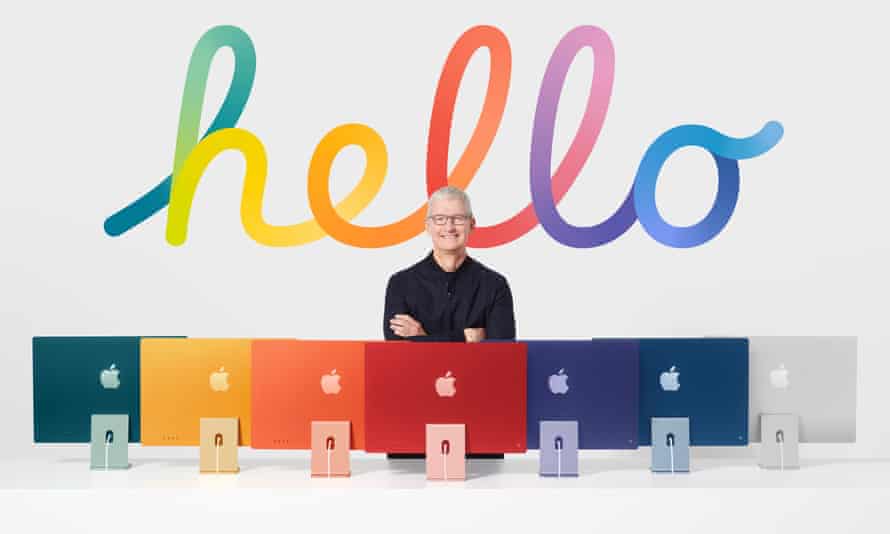 The technology giant Apple Inc. just hosted its very first launch event of the year introducing an advanced iPad Pro, the latest and colorful iMac, and a lot more. The iPad Pro comes with an M1 chip used in Apple’s desktops and supports 5G.

The company also introduced its new lost-device tracker AirTag and a revamped 4K Apple TV coming with a new control remote. However, it didn’t seem that these launches intrigued the investors, as the company’s shares dropped by 2 percent after the launch event ended.

Some highlights from the event included the iPhone 12 with purple color, iMac in seven vibrant colors, subscriptions with podcasts, and many more. A statement from Apple released on Tuesday delineated the details about the products to be available soon.

The iPad Pro from the company is a high-end variant, as the statement from Apple read, and it comes with an M1 chip, instead of the A-series from the former versions of iPad. The company claims that this iPad is the most powerful one in the market. The 12.9-inch screen, a USB-C connector, and mini-LED technology, a 12-megapixel front face camera are some of the major features of the tablet.

The iMacs come with custom M1 silicon instead of Intel processors. Available in red, purple, orange, blue, green, yellow, and silver, the device boasts a 4.5K resolution display and a 24-inch screen. The company’s statement read that the iMac’s volume was cut by 50 percent to deliver smaller computers.

The iPad is available starting from $799, while the iMac’s price starts at $1,299. The Apple TV 4K box from the company comes with a new processor, as stated by Apple. It includes the latest feature wherein it connects with the iPhone’s camera to control the TV’s display resolution. The company set the price range for its TV starting at $179.

The live-streaming on YouTube witnessed over 360 million people watching it. The last three events from Apple last year also had millions of users watching them live. The videos are also available on the company’s official website, and these views aren’t included with YouTube numbers.