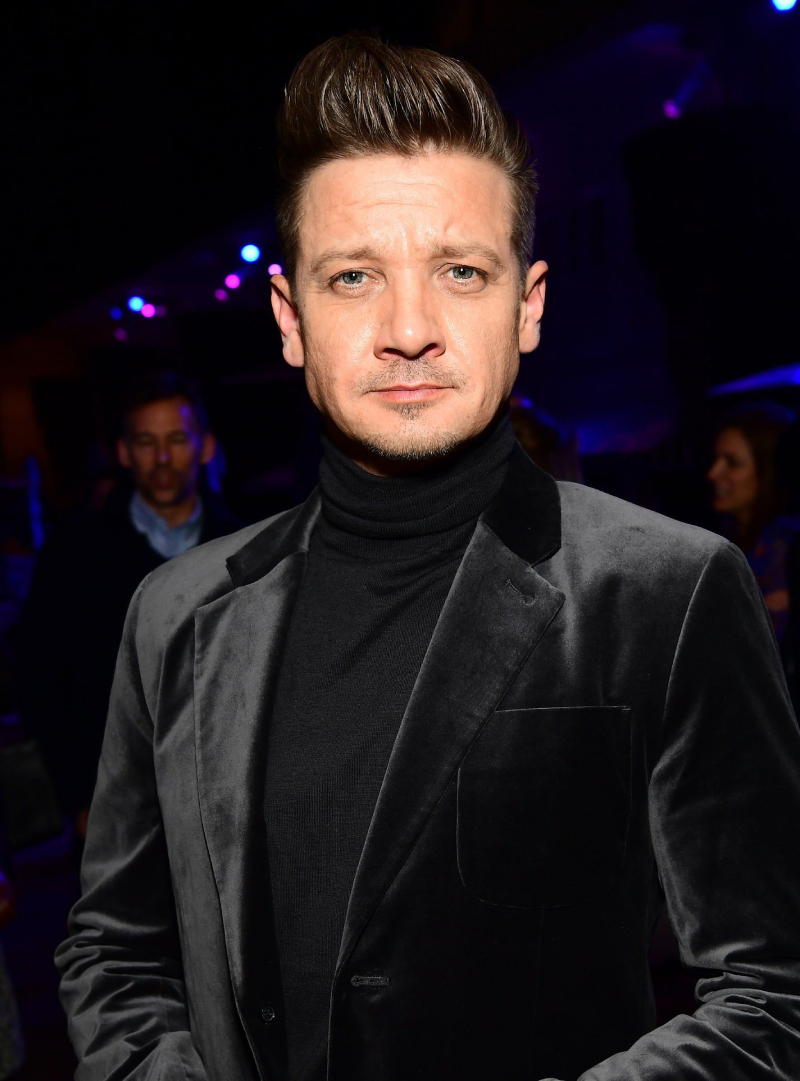 For the first time since his accident, actor Jeremy Renner gave an update from his Reno hospital bed two days after a colossal 14,000-pound snowmobile injured him as he tried to stop it from careening away.

On Tuesday, the 51-year-old Marvel franchise star shared a selfie with his medical tubes and bruised face in an Instagram post, along with these heartfelt words: “Thank you all for your kind words.”

Despite the disarray of his present circumstances, Renner wanted to show appreciation for all his fans by professing, “I’m too messed up now to type, But I send love to you all.”

On New Year’s Day, just before 9 a.m., tragedy struck the actor when he used a snowplow to tow his vehicle, driven by a family member after it got stuck in heavy drifts near Mt Rose Ski Tahoe resort between Lake Tahoe and Reno in Nevada’s Sierra Mountains. After Renner departed the plow to speak with a family member, it began accelerating on its own, ultimately hitting him when he hastened back to apply brakes.

At precisely 8:55 a.m., the Washoe County Sheriff’s deputies received an emergency 911 call concerning Renner, who lives on a remote road off Mt. Rose Highway in Nevada. Unfortunately, they encountered difficulty when it came to accessing his location. On Tuesday, Sheriff Darin Balaam informed reporters that a powerful New Year’s Eve storm had left 3 feet of snow blanketing the ground and clogging roads leading up to an actor’s residence with at least twelve stranded vehicles. This blocked emergency responders from accessing the scene quickly.

During an afternoon press conference, Sheriff Balaam reported that the first unit of deputies arrived at Renner’s residence at 9:30 a.m. Paramedics and firefighters were already on the scene, along with generous neighbors who provided towels to stop the actor’s bleeding. Subsequently, paramedics airlifted him to a hospital in Reno for further medical treatment.

Sheriff’s Office investigators have confiscated Renner’s PistenBully snowplow and are rigorously examining it for mechanical malfunctions. On Tuesday, Balaam stated that there were no indications of any foul play.

Wednesday afternoon, Renner’s Instagram post had accumulated a staggering 6.1 million likes, thousands of comments from devoted fans, and replies from his Marvel co-stars and other A-list celebrities expressing their admiration for the actor.

Actor Chris Hemsworth, who plays the superhero Thor in his movie adaptations, kindly wished for a “speedy recovery” to his buddy.

Numerous other celebrities, including Chris Pratt, DJ Steve Aoki, and Jimmy Fallon of the Tonight Show, shared their condolences for the actor and his family.

In his Latest Documentary, Robert Downey Jr. Candidly Shares Details of how his Father Exposed him to Drugs at a Young Age