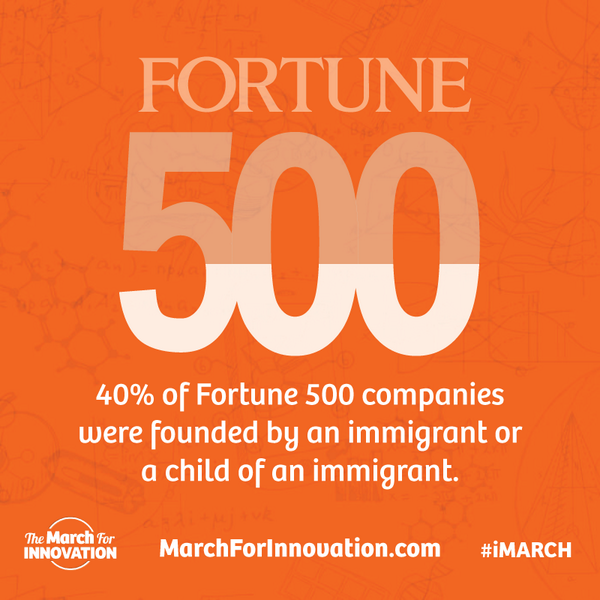 “America’s dynamic, free, and open economy has for more than two centuries acted as a powerful magnet for the world’s brightest and most creative minds” – Partnership for a New American Economy

The Partnership for a New American Economy co-chairs by a number of strong people among them are Steven A. Ballmer, CEO of Microsoft Corporation, Michael R. Bloomberg, Mayor of New York City and Jim McNerney Chairman, CEO & President of Boeing.

This report includes latest research on business contributions made by immigrants, highlights on the impact of immigrant business leaders and inventors in the American economy as well as the benefit received from immigrants’ entrepreneurialism for the past years in America.

Among largest employer of Fortune 500 company with strong brand, founded by immigrants or children of immigrants are IBM, McDonald’s, UPS, General Electric (GE), Bank of America Corp, AT&T and Citygroup. The total of this 204 companies employ more than 10 million people worldwide and generate more than $4.2 trillion in revenues each year.

The report by The Partnership for a New American Economy also has the full list of Fortune 500 companies found by immigrants or their children, and is available here.

Related Topics:EntrepreneurFortune 500Innovator
Up Next