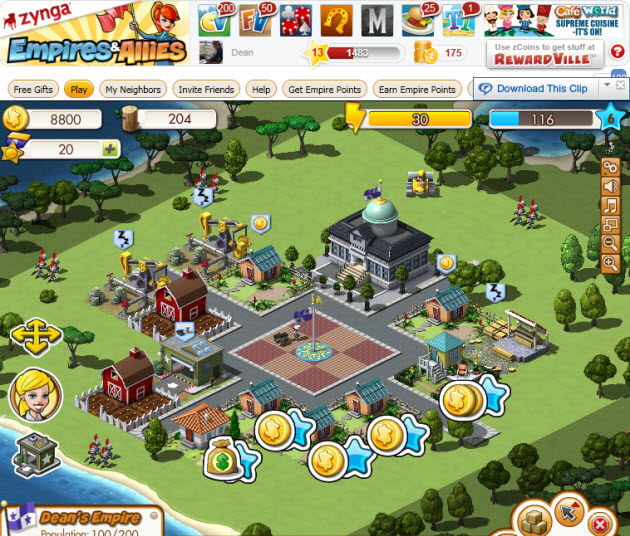 With nearly a quarter billion monthly users, Zynga is more successful than any other game developer in the world in terms of users engagement. Casual, light-hearted and cartoonish is pretty much Zynga style, captured many users attention across the wide-web. The number or its users is almost half of Facebook registered users, as reported by AppData. With strong users engagement, it’s easier for Zynga to promote their newest game, Empires & Allies.

As reported, Zynga’s latest game, Empire & Allies has rocketed to nearly 10 million users in just 9 days. Empires & Allies, a combat social strategy game has more than 9.5 million monthly active users as of Friday. It is said that blending combat style and casual is a big risk for Zynga, but based on the number of users and growing rate, the bet is paying off.

Many of Zynga games fan are middle-aged women and the major audience are mostly not a hard-core gamers. But with the success of Empire & Allies which combines hard-core combat styles with its normal casual games style, Zynga through its games could reach much bigger audience than a hard-core game would typically get.

As of today, hardcore gamers on facebook are served only by a few developers and Kabam has discovered that those hardcore gamers are willing to spend a lot of money in each game played.

Rated as the “most social” game Zynga has ever built, Empire & Allies users can enlist their friends and designate them as either friends or enemies. Their enemy friends can attack their island and take over buildings that they own. Also, friends can help defend users against attacks, or they can just defend themselves.

Breaking the mobile market with your apps